Men’s basketball looks to strive with a young roster 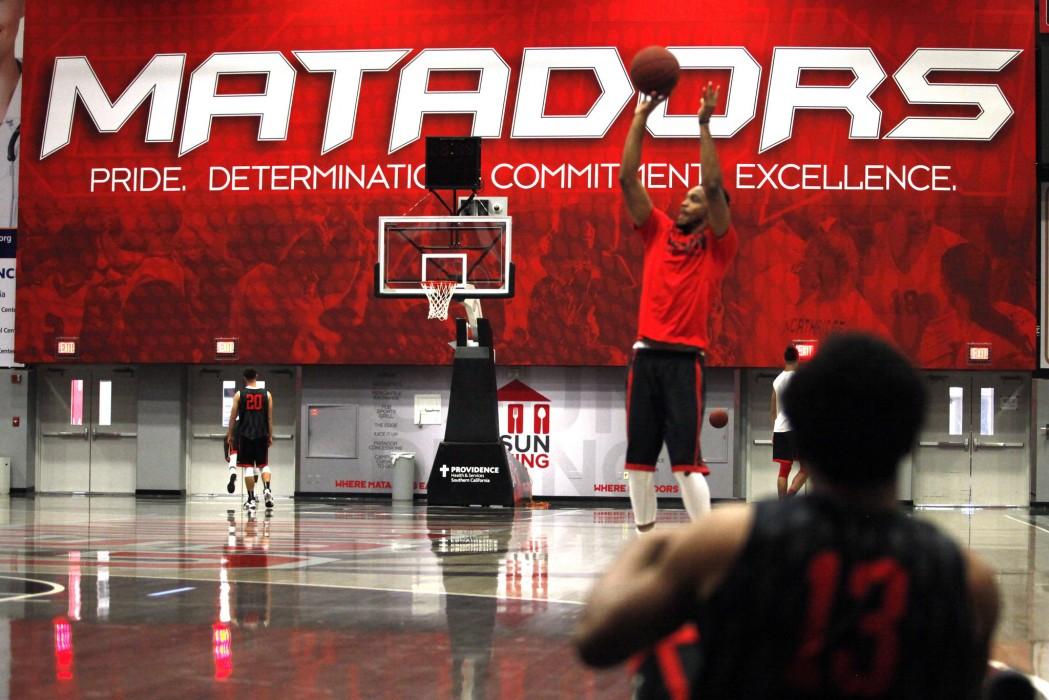 Although this season’s CSUN men’s basketball team will faintly resemble the one that went 10-24 last season, a youth movement may cause some bumps in the road for the Matadors, who will look to improve on last season’s disappointment.

“One thing you don’t know about young guys is they’re not tested, that’s just something that we have to find out,” said CSUN men’s basketball head coach Reggie Theus.

“Young guys are sort of up and down,” Theus said. “The consistency is what you always strive for with the young players, and that’s just something that we’re going to have to work through.”

With that said, the Matadors will have to get those young players acclimated, especially with non-conference games against Pac-12 teams USC and UCLA looming in late November.

Theus said it’s not all about just beating those teams.

“It’s about competing,” he said. “It’s about really getting in there and having a chance to win, and giving yourself a chance down the stretch and seeing what happens.”

Luckily for CSUN, they return senior point guard Landon Drew, who should stabilize the offense and make plays for his teammates.

Last season, Drew averaged 5.7 points and 4.5 assists per game, in spite of the Matadors lack of offensive variety.

In addition to his assists—where he ranked in the top 75 in the country—he was also 39th in the country in assist-to-turnover ratio, meaning that he not only knows how to make plays, but also when to make them.

Drew will also be joined in the backcourt by junior guard Aaron Parks, who showed flashes of brilliance and increased his production as last season progressed.

“He’s a tough offensive guy, defensive guy,” said senior forward Tre Hale-Edmerson of Parks. “He’s just hard-nosed, he does what he can.”

Parks, who averaged 10.6 points per game last season, scored in double figures in the final 10 games of last season, including 29 points against UC Riverside to clinch a postseason berth, and 21 points in a near-upset against UC Davis in the Big West tournament.

Parks seems to be the perfect compliment for Drew, who appears to be more comfortable as a creator and facilitator for others, as an aggressive alpha dog-type scorer.

Joining Drew and Parks in the starting lineup should be Hale-Edmerson, a versatile power forward-center hybrid, who is an effective rebounder and can also stretch opposing defenses past the 3-point line.

“Stretch fours are essential for me, and the way that I play,” said Theus. “And we run a lot of our offense through our four men, and he [Hale-Edmerson] understands that, and he has the ball in his hands a lot.” 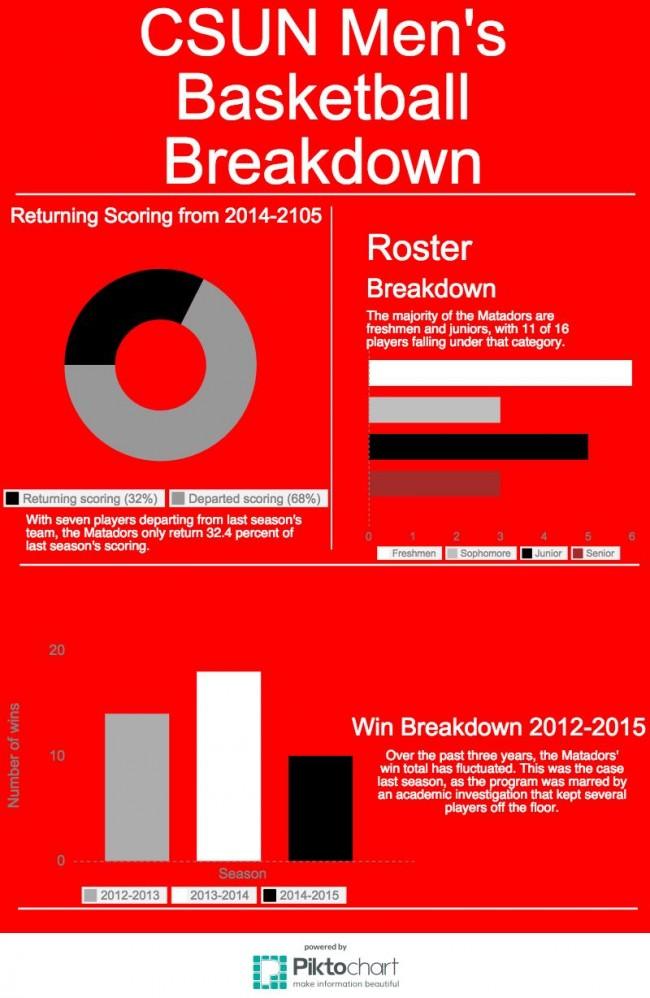 The Matadors will need those three upperclassmen to gel with the aforementioned newcomers by the time Big West conference play begins on Jan. 9th, if they hope to exceed the seventh-place finish that the Big West preseason media poll predicts.

For the Matadors to do that, they will need to spring a few upsets along the way, most notably against UC Irvine, UC Riverside and Hawaii, all of whom return several starters and were voted in the top three in the preseason poll.