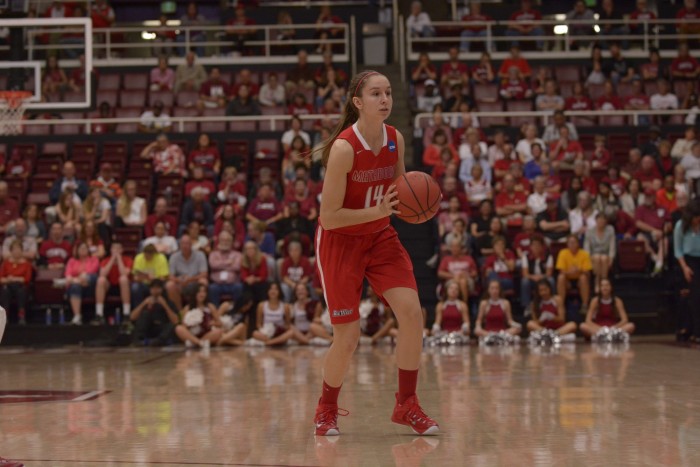 After hoisting up the Big West Conference championship trophy the past two seasons, expectations are sky-high for CSUN women’s basketball.

This year’s squad, however, cannot be measured by the same stick. The team loses frontcourt and backcourt cornerstones in Camille Mahlknecht and Ashlee Guay, who were instrumental in propelling CSUN to a near-victory against Stanford in the first round of the NCAA tournament.

Moreover, only five players on the current roster were part of the squad that brought home last season’s Big West silverware.

Although she is only in her second year, Boagni has the potential to be a dominant force this season. Her season averages of 5.4 points and 4.1 rebounds do not jump off of the page, but for the fact they were tallied in just 16 minutes a game, garnering her Big West All Freshman Team honors. Boagni, also spent a summer competing for the the New Zealand women’s national team so she should be more than ready to make the leap into a larger role.

Fellow big Jasmine Johnson could also put in some increased minutes alongside Boagni. Johnson’s 15 rebound performance against UC Irvine last year show her chops to be a monster on the boards this season.

In a backcourt mostly filled with young players, junior guard Emily Cole’s leadership will be key. She is a strong shooter, seeing improvement in each of her last two years, improving her 18 percent three-point shot in the 2013-2014 season to a 31 percent in 2014-2015. With Guay gone, the Matadors will need her marksmanship.