Beneath the surface of hip-hop 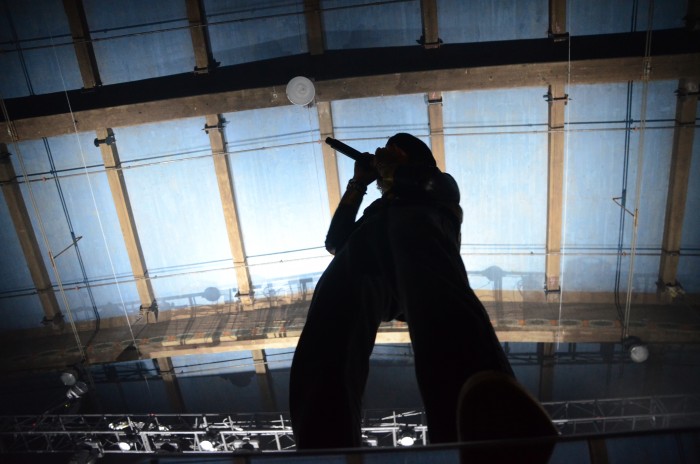 It may seem that hip-hop music has transformed from a social protest to a generally misogynist, patriarchal and homophobic music genre, but go to the underground scene where hip-hop was born, and one can see that things aren’t as bad as they may seem.

On Sept. 7, rapper Travi$ Scott threw homophobic slurs towards his audience, raising a lot of attention. After backlash on social media, the rapper apologized to the LGBTQ community, saying that he got overly agitated on stage and said things in the spur of the moment without thinking. There are no comments from the LGBTQ community on how they felt about the apology.

Scott is not alone in using this sort of language. Many hip-hop artists today are consistently using derogatory words targeted towards certain groups of people. Surely all of those offensive lyrics recorded at the music studios weren’t improvised in the spur of the moment out of excitement.

Hip-hop was born in South Bronx in the 1970s by primarily African American and Puerto Rican men and women. As Margaret Hunter explains in her journal article “Shake it Baby, Shake it: Consumption and the New Gender Relation in Hip-hop,” it was a cultural movement that emerged in the streets of New York after years of gang warfare, state violence and urban renewal policies.

Hip-hop consisted of four elements: emceeing (rapping), disc jockeying, break dancing and graffiti art. Over the years though, hip-hop shifted from cultural production to mass consumption, profiting music executives and, since sex and money sells, that is what a lot of songs came to be about.

Race might have a lot to do with the backlash at hip-hop. In fact, hip-hop is not the only music genre using these underlying themes.

Amy Denissen, a sociology professor at CSUN, said that she believes the critique of hip-hop has been misplaced.

“There is sexism in rock and country music as well,” Denissen said.

Denissen said that hip-hop is the main genre in which people are held responsible for discriminatory terms, unlike other genres such as rock, possibly because of racial issues.

CSUN student and rapper Willie Schultz believes there are two sides of hip-hop.

“There are really two different genres I would say. People going to a party want to hear a good beat [and] be entertained by the music, not deep lyrical stuff,” Schultz said in reference to radio hip-hop songs. “For a long time through hip-hop’s history, it was all about braggadocio.”

Braggadocio refers to rap music that brags about financial wealth, status, and all the women crawling around powerful and successful men.

“It was very misogynist,” Schultz said. “It’s not the best thing in the world, but it’s part of the culture.”

He went on to discuss the other side of hip-hop, which has artists who do professionally invest on the lyrical part of the music. Most of those artists are probably underground and not known in the mass media.

Abel Alejandro, former music engineer who worked at studios with prominent artists, said hip-hop has been going in a positive direction since its start.

“It just so happens that positive messages don’t make good profit and all those artists, old and new, past, present and in the future, will most likely get drowned out by the formula that makes money and gets exposure,” Alejandro said. “There are great progressive rappers out there. One just has to look for it.”

Christine Nation, a student at CSUN and a member of the LGBTQ community, feels that certain words used in songs should be chosen wisely and expressed by the right person.

“If you’re not someone who’s hurt by the word to take the power from it, you shouldn’t use it,” Nation said. “When Nicki Minaj says ‘b—-,’ it’s a different connotation than when Kanye West does it.”

Molly Shea, who is also part of the LGBTQ community, had mixed feelings regarding the music genre.

“I listen to rap a lot, and I feel guilty all the time,” Shea said. “But there are rappers who stick up for LGBTQ as well, like Macklemore.”

Denissen sees a positive shift in our society where people are reacting differently towards slurs.

“[The] ray of hope is that I’ve seen great willingness to speak against it … Calling people out for being sexists,” Denissen said. The professor said that she felt that Scott apologizing could be a step towards some changes.