The state government is shutting out student protection 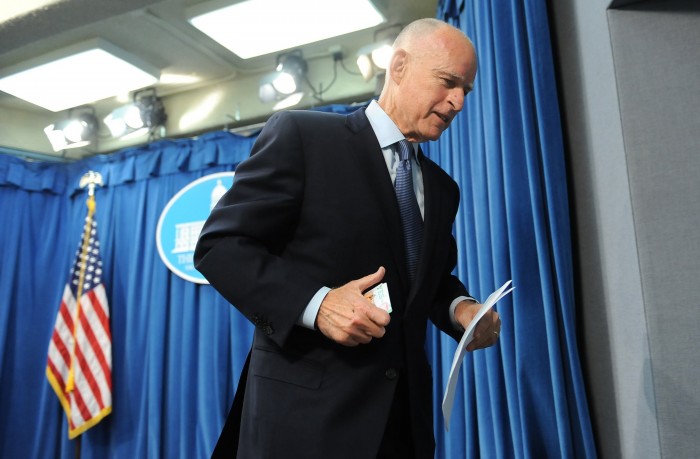 California Gov. Jerry Brown recently vetoed a bill, AB 967, which would have required universities in California to enforce a mandatory minimum punishment for students responsible for sexual assault violations. The punishment would entail a two-year suspension from the university. Brown insists that it should not be up to the state to decide what punishments college campuses see fit to impose on students.

Brown’s veto of the bill, however, will only keep these sexual assaults and their victims in the dark. Universities are not courts. They are educational systems. Therefore it is not the responsibility of the university, but of the state to decide how to punish students found responsible for sexual assaults. Sexual assault is a crime and like all crimes, they should be given proper punishment by the state.

Many universities remain silent about these assaults or sometimes allow the crimes to go unpunished. Less than one-third of reported sexual assault cases on university campuses result in expulsion. This low number of expulsions is shocking considering the amount of sexual assaults that occur on college campuses.

Last year it was estimated that 40 percent of sexual assaults that occurred on campuses were not even investigated by the universities. How does Brown expect universities to handle these incidents on their own when they do not seem to be taking sexual assaults seriously?

There needs to be stricter penalties rather than just formal warnings. Some universities are obliged under Title IX of the 1972 Education Amendments to put a stop to sexual violence and respond to survivors needs, but how strict are these “punishments”?

The state government needs to get involved and set strict punishments for all college students who decide it would be a good idea to sexually assault someone. Their presence in these incidents would only show that there are serious consequences to their actions. The vetoed bill would have also allowed the victims to feel safer on campus knowing their offenders were to be nowhere near them.

A once size fits all punishment like the two-year suspension is not justified for all cases. Sexual assault is still sexual assault no matter what. It should not be taken lightly. If some people do not have the consent to touch others, but do it anyway, they deserve to be punished. If I was a victim of sexual assault, I would want the offender to be suspended or even expelled for that matter.

The bill would have also required universities to create annual reports to give to the government regarding the number of sexual assaults that took place on campus, the number of alleged perpetrators who were found responsible for the incident and descriptions of the penalties imposed by the institutions.

These reports would have allowed more transparency within the universities, which in turn would have brought sexual assault cases to light. Sexual assaults on campuses are already under reported and not given fair punishments, so why make matters worse?

The public cannot be in the dark about the assaults that plague university campuses, especially current and potential college students. They need to be aware of what is happening on their campuses in order for them to take measures to make sure they are protected and safe. However, since Brown vetoed the bill, that information will no longer be made available.

Brown has already signed two previous bills, one being Senate Bill 967, which requires universities to “define terms of sexual consent” to its students, so the universities can better prevent sexual violence on campuses and the other, AB 913, which is an agreement between colleges and law enforcement to investigate sexual assaults and hate crimes. Gov. Brown states in his veto these are some of the reasons why he chose not to pass AB 967.

It is clear that more needs to be done by the state government in order for universities to fix this ongoing problem. Enforcing a mandatory minimum punishment for students found responsible for sexual assaults would have been a step in the right direction, but unfortunately with Brown’s veto of AB 967, universities will keep handling, or rather, mishandling these incidents in their own ways