A taste of Naples in Sherman Oaks 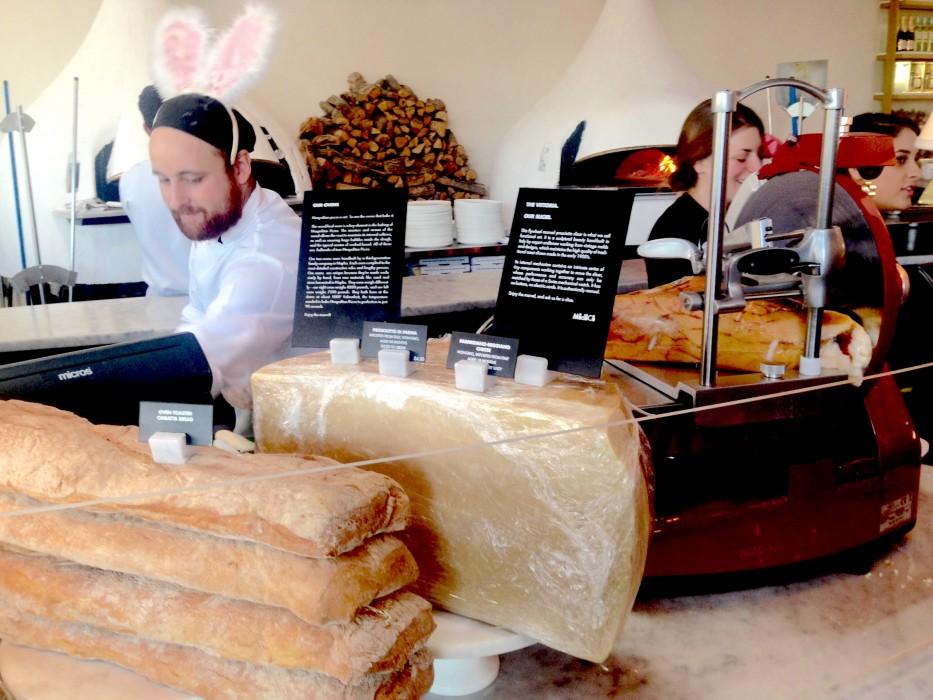 Pizza made according to Italian chef standards in a fun and romantic atmosphere is what you’ll get at MidiCi Neapolitan Pizza.

On the corner of Ventura and Vesper Avenue in Sherman Oaks, next to an Urban Outfitters Outlet store, sits MidiCi. It’s a unique pizza restaurant founded by Amit Kleinberger, the CEO of Menchie’s Frozen Yogurt.

Inspired by his trip to Italy, Kleinberger wanted to bring some of the concepts and food traditions he saw in Naples, the city where pizza was born, over to Los Angeles.

Not only did he bring recipes and Italian chefs over to train the pizzaiolos, or pizza makers, he also had traditional 1,000-degree ovens imported from Italy.

The restaurant opened four months ago and became an immediate hit.

“We have crazy lines out the door on weekends,” the store’s shift leader Ashley Prybycien said. “We hit maximum capacity sometimes.”

The kitchen is in the middle of the restaurant with all the ingredients being put together in front of you. Whether you are a vegetarian or a meat lover, you will be satisfied with what the kitchen can whip up.

“It’s very good,” she said. “All the flavors tastes great together.”

Aside from pizza, MidiCi has salad bowls as well for those looking for leaner options, and don’t forget their delicious Fresh Artisan Burrata, a hybrid, you could say, of mozzarella cheese and cream. There are four different appetizer-like plates on the menu, each served with different condiments and the burrata.

The desserts here should not be neglected either. Aside from the traditional Italian ice cream, gelato, and affogato, which is a scoop of gelato drowned in espresso, there is a signature dish called Nutella Calzone. The calzone consists of nutella, fresh berries and banana baked in a pizza.

For those who want to just unwind with a glass of wine or Italian beer, check out this place during happy hour when their drinks cost less than five dollars.

“It’s a fun and affordable place, fun music,” Prybycien said. “It’s a place to communicate. There are no TV screens here like at a lot of places; you can talk and hangout with your friends until late.”

One of the things people can do here is take photos with the modern polaroid cameras that are available at the bar for people to take pictures or selfies and then take them home or pin them on the board, like many of the customers have.

MidiCi in Sherman Oaks is currently the first and only restaurant open. The restaurant is planning to open 170 more stores across the country in the near future.

MidiCi is open until 1 a.m. every day except on Fridays and Saturdays, when it closes at 2 a.m.