Behind the scenes of the entertainment industry 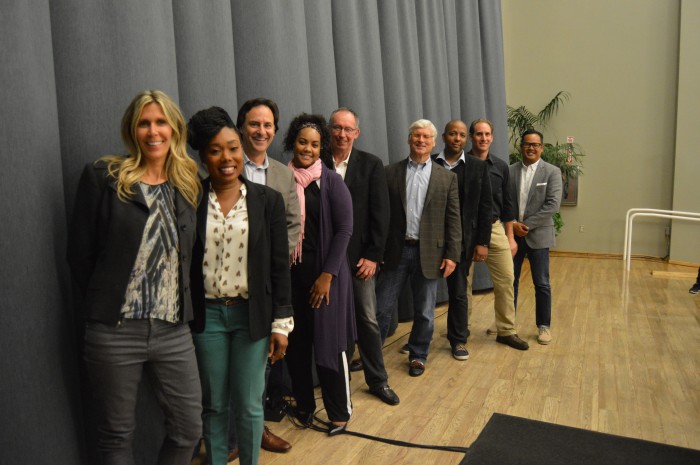 Students gathered at the Grand Salon near the USU on Tuesday, Nov. 3 to have a chance to personally meet the panelists and ask questions about related topics in the industry.

Entertainment Panel: Behind the Industry, was a full house and many students left with a great amount of information and inspiration from the guest speakers on the panel. The theme behind the panel: taking advantage of one’s resources. The panelists believed in the mantra “it’s not what you know; it’s who you know.”

The Alumni Association produced yet another panel that included VIP speakers and alumni to share their story and experiences about their journey through the entertainment industry. The panel consisted of special guests from BET, The Walt Disney Company, Warner Bros, Animation and more.

There were different aspects of the field that were discussed in which the panel played a huge part of the diversity of those roles.

Students were informed of some of the best ways to be successful in the entertainment industry which included networking and having to sacrifice something important to them.

“I learned that networking is a big part of this whole industry and that it is going to be a bumpy road to get to where you want to be,” said Ruiz.

Director of Comedy Animation for Cartoon Network Conrad Montgomery shared what he sacrificed and explained why it was so beneficial for him and his career.

“Sleep,” Montgomery said. I took advantage of every opportunity to network and find other resources into the industry. For the most part, the industry is mostly run by youth, but it’s also built on experience. All of these life experiences that you’re having, don’t neglect those. You want to cherish those and weave those into your fabric of figuring out what your next step is.”

Tyy Sams, Television Production and Legal at Paramount Pictures, expressed the urgency to create a LinkedIn account and to get in contact with potential employers for jobs or internships.

“If you do not have a LinkedIn profile, it is imperative,” said Sams. “That is primary because it is like a gateway for people to see what you’re interested in and a little bit of your background and experiences. You’re also able to connect with many different people.”

The Alumni Association has many events for students that will require an RSVP prior to the event. You can find upcoming events at https://www.csunalumni.com/.