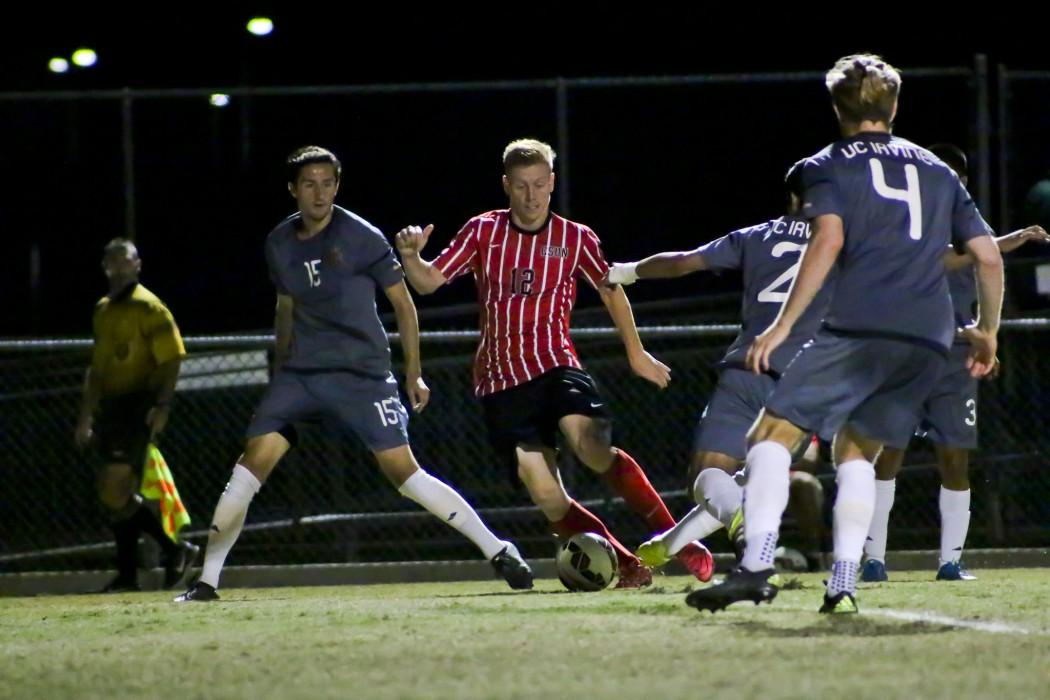 Junior midfield Shane Steffes will be integral for the Matadors, who may have trouble scoring with the UC Davis Aggies. Photo credit: David Hawkins

The Matadors begin their quest for their first Big West Championship since 2013, as they host the University of California Davis Aggies.

Following the draw, CSUN went 4-2-1 to finish the season.

They made the Big West Tournament in three of the previous four seasons.

The Matadors defensive play will be pivotal in them being victorious against a dangerous offensive team.

The Aggies led the Big West Conference with shots per game (14.5) and tied second for most goals (27).

Moreover, the CSUN defense will have to have a strong game as the offense ranked last in the conference in shots per game (8.8) and goals (20).

For the defense to flourish, senior defender Trevor Morley will lead the defense.

With his spectacular play all season, Morley was named the Big West Defensive Player of the Year and named First Team All-Big West for the third consecutive

Morley will keep the Aggies from finding the back of the net from senior goalkeeper Adam Hobbs.

Hobbs was just named Big West Defensive Player of the Week for the third time this season and was named to the Second Team All-Big West after leading the conference in saves (88) and save percentage (.810).

UC senior goalkeeper Kris Schultz and Hobbs tied fourth in the conference with 19 goals against.

The defense will have to contain UCD senior defender Lucas Mohageg, who tied second with seven goals in the conference.

Although the offensive numbers favor the Aggies, the Matadors will have plenty offensive variety.

The Matadors this season had eight different players score.

The team has their offensive weapons but their defense that allowed the second least goals in the conference will be key in them moving onto the next round.

The Matadors start their journey for a Big West title this Saturday Nov. 7 at 7 p.m., at Matador Soccer Field.