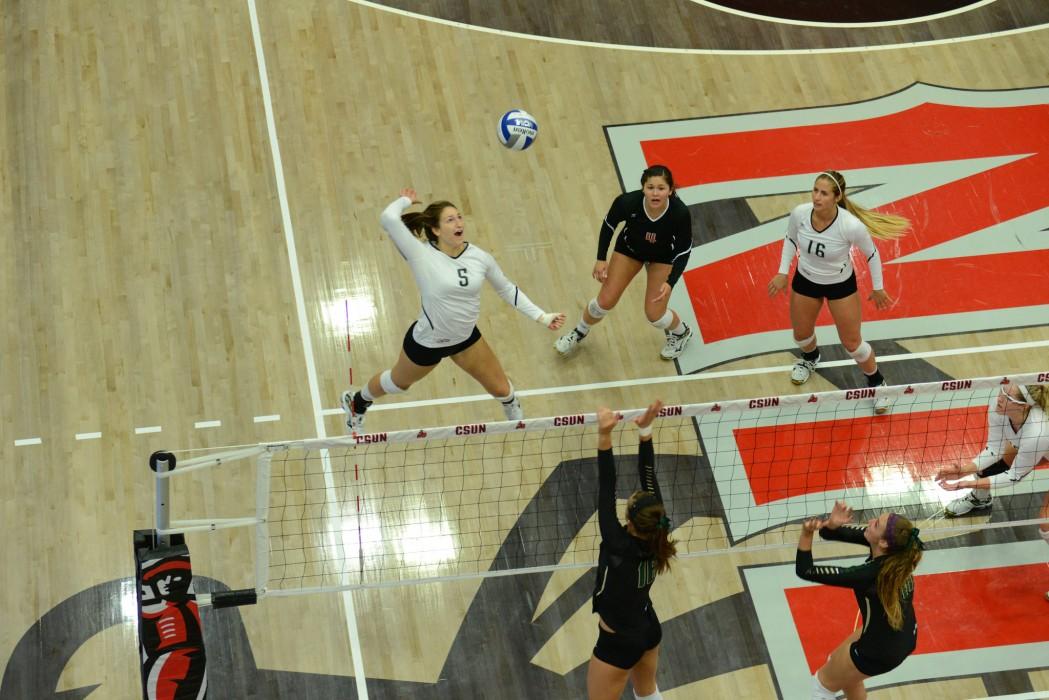 The Matadors had 19 wins vacated from the 2014 season as a result of an administrative error. Photo credit: Alejandro Aranda

CSUN women’s volleyball had 19 wins in the 2014-2015 season vacated by an administrative error.

Documents obtained by the Sundial through a public records request reveal that an administrator’s error inaccurately ruled a player eligible to play for the team during the season. The wins were vacated at the start of the 2015-2016 school year.

“The vacation of win was due to an ineligible student-athlete,” said Amy Millstone, associate athletic director of strategic communication for CSUN. “An administrative error was made during certification.”

In addition to the initial administrative error, the documents reveal that CSUN was forced to pay $5,000 in fines to the NCAA because the ineligible player took part in games last season. Schools are fined $500 for each contest an ineligible player competes in, but schools are stopped being fined after 10 contests.

The athletics department would not name the ineligible player or say whether the player is still on the team or has graduated when asked. The department also did not identify the administrator who made the error when asked.

In addition to outlining the nature of the violation, the redacted documents show an appeal to reinstate an athlete—whose name was redacted. Millstone said, however, that those documents were never submitted, just prepared.

If you would like to view the documents and records that outline the investigation, read them at Sundial.csun.edu.