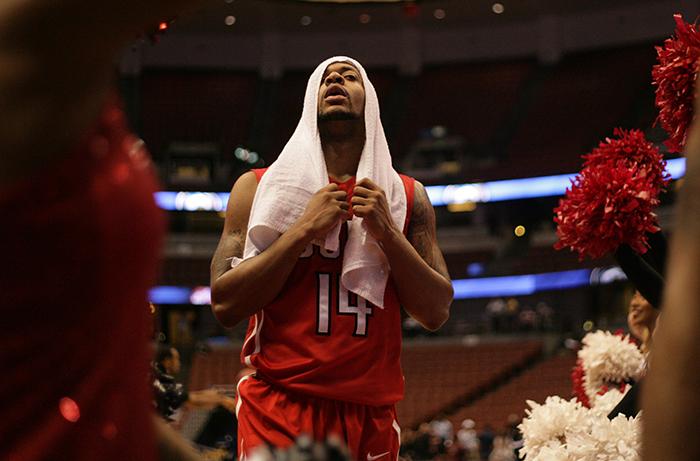 Aaron Parks, the Matadors' leading returning scorer, is being held out due to a violation of team and university policy. (Raul Martinez / File Photo /The Sundial).

CSUN men’s basketball will be without junior guard Aaron Parks and sophomore guard Jerron Wilbut for an unknown amount of time due to a violation of team and university policy.

“I really can’t talk about A.P. [Aaron Parks] and Jerron, they’re out for team rules and university rules,” said Theus, after a Nov. 5 victory against the California State University, Los Angeles Golden Eagles. “That’s really all I can say.”

The absence of the two players will be even more substantial considering the injury status of senior point guard Landon Drew, who has been dealing with a foot injury.

Parks is the team’s leading returning scorer from last season, averaging 10.6 points per game in the 2014-2015 season. Wilbut, sat out all of last season in the midst of an academic investigation that held out several players over the majority of the season.