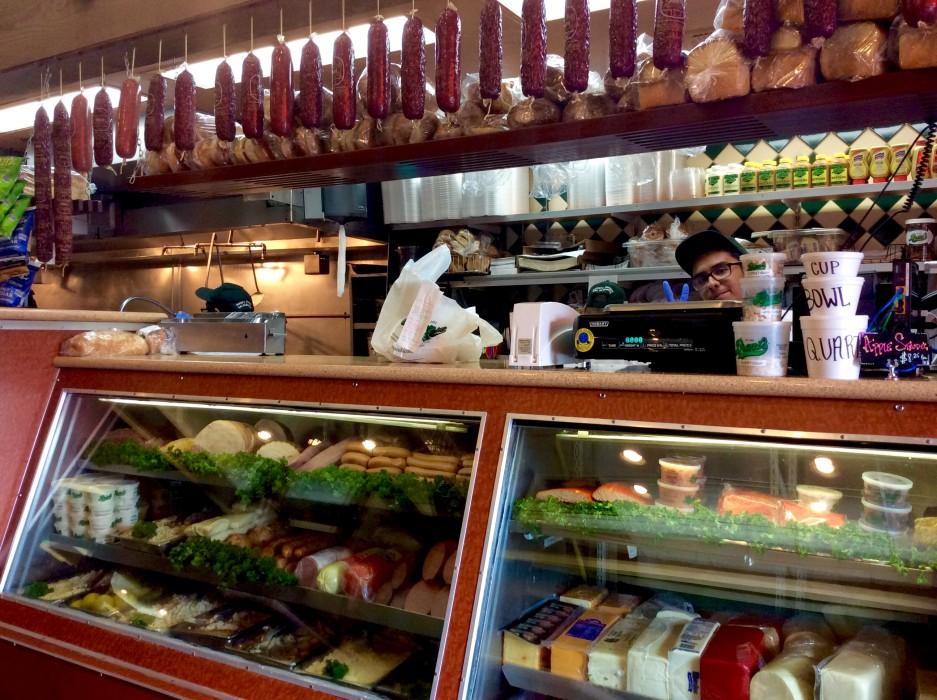 Brent’s Deli is an good option for CSUN students to enjoy a lunch or Matzo ball soup on chilly winter nights.

Located in a plaza on Parthenia Street in Northridge, this restaurant was bought in 1967 by Ron Peskin, the grandfather of present manager Taylor Peskin.

The story of the deli is as if it was written in the stars.

The deli has been a huge success since then and passed down in generations. It’s also opened a second location in Westlake Village.

Ron Peskin had close to no money when he bought the deli as a young father and husband. He has said that for 18 months he never took a day off and made sure he made every sandwich, and that each was perfect.

Eileen Fink a customer who’s been coming to Brent’s Deli since 1970 raved about the Matzo ball soup.

“I get out of my way for the soup. I’ve never had anything alike,” Fink said.

Another popular dish is the Black Pastrami Reuben. It has generous layers of pastrami, served on grilled rye bread with melted Swiss cheese, hot sauerkraut and Russian dressing. The sandwich comes with thick-cut steak fries and coleslaw. Not only is this a delicious item on the menu but big enough to share.

Most of the dishes are generously sized, so if you are a student on a budget you can enjoy a full meal with a friend.

The menu is long. Skimming through it will surely take a long time, so it’s suggested that you decide which category you’re in the mood for before looking; hot or cold, sweet or savory, breakfast, lunch or dinner.

This place gets packed, especially around lunch time, so be prepared for busy waiters. They are nonetheless professional, timely and kind toward their customers, most of whom are regulars.

The restaurant is spacious, and feels like a throwback to East coast Jewish diners, not so surprising as the Peskins are originally from Cleveland.

Although very close to the CSUN campus, the deli seems to attract more of an older crowd, a loss for the younger crowd who doesn’t come here because the food is exceptionally good. Traditional, yes, but definitely not outdated.

Aside from its restaurants Brent’s Deli also delivers all over Southern California, and according to their website is the number one delicatessen and restaurant in the country.