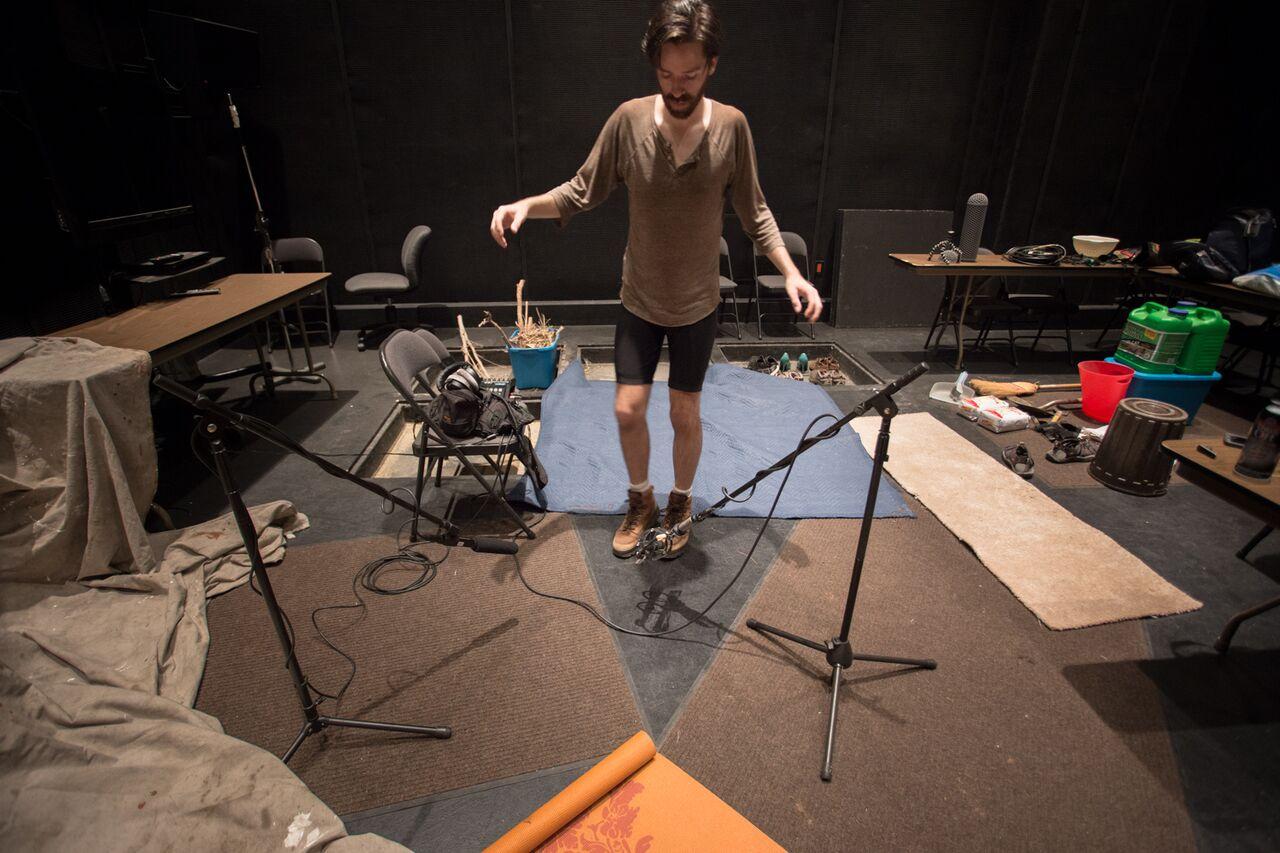 Sound editing is a meticulous and taxing process. Precision is needed. Patience is a must. Passion is a requirement.

For 2010 CSUN alumnus Michael O’Connor, sound editing was something that rarely crossed his mind, especially after he was set for a general emphasis in the CTVA department.

The 28-year-old used CSUN’s facilities to create sounds similar to those of a foley artist. O’Connor provides his sounds to all CSUN students to work with.

“Eventually, you do enough jobs for people and they’ll call you back if they enjoy the work you did or if they continue to do work,” O’Connor said. “Sometimes you work with people that only have to do a single project and they don’t need to do more.”

As a sound editor, O’Connor works on sound effects for film, television and web content — particularly new sounds like those that don’t exist in nature. O’Connor specializes as a foley artist, which is an artist who recreates natural sound effects (like the wind or birds chirping) and enhances audio in video and multimedia pieces.

“I found out I’m more creative doing sound work and that I would prefer to be doing that over anything,” O’Connor said.

After graduating, he kept in touch with his CTVA professor, Joel Krantz, whom he thanks for having helped him coordinate his foley recording project. O’Connor said he wouldn’t have been able to do it without Krantz.

Krantz said he considers O’Connor to be a talented student who is motivated and won’t give up.

“We’ve had a lot of alumni and he’s one of the few students that has even come back here [CSUN] and asked ‘what can I do to help the program’ so it just shows the kind of person that he is cause most times students graduate and I rarely hear from them again,” said Krantz. “He’s even offered to serve as an alumni mentor for some of our students that we will make use of sometime in the spring.”

He has recorded sound effects on many different surfaces with different types of shoes. For example, he used sandals on sand and he recreated the sound of walking in high heels by using his hand in the shoes. Videos of O’Connor creating sounds can be seen on YouTube.

The International Movie Database lists the films O’Connor has worked on as a part of the sound department. It also shows that he won an award for working on the film “Misdirection” in the 2010 Cannes Film Festival.

Though O’Connor acts like a foley artist, he doesn’t consider himself as a legitimate one because he doesn’t coordinate the sound with the images. However, he said that someday, he would like to learn and do all that a foley artist does.

“I’m working on a lot of independent projects that don’t have that kind of budget where you can hire a foley artist to record all these sounds, so I end up recording these sounds on my own,” O’Connor said. “You call that wild recording because you’re not recording it through picture, so I am essentially gathering all types of sounds.”

O’Connor also goes out in the open to record sounds such as the chirping of birds and the snapping of branches. For sounds that require a quiet room, he turned to CSUN in order to get the full sound without interference from background noise.

“I will be providing the CTVA students in the film production program with around four hours of fully-edited foley sound effects that are ready to use in their film projects, both before and after graduating CSUN,” O’Connor said.

O’Connor works as a freelancer from his home studio where he makes his own schedule. It took him a while to land a job in the world of post sound straight out of college, but he was able to start in production by recording dialogue on sets. The artist would ask directors and producers if they needed someone to do post sounds.

O’Connor has networked with several clients and made enough connections to continue his work and make a decent living.

O’Connor said that he wants to work on feature films doing post production sound, but he still doesn’t know on what exactly he wants to focus.

CTVA student Natasha Viadero, senior electronic media management option major, said it is important to give back to the campus and San Fernando Valley community.

“We are going into such a competitive field with so many talented people, so to see alumni coming back to their alma mater and helping students who are in the same place that they were once in is incredible,” Viadero said. “His actions are also inspirational to students to contribute to their community and to help each other to achieve our goals.”