More than 100 dead in Paris attack 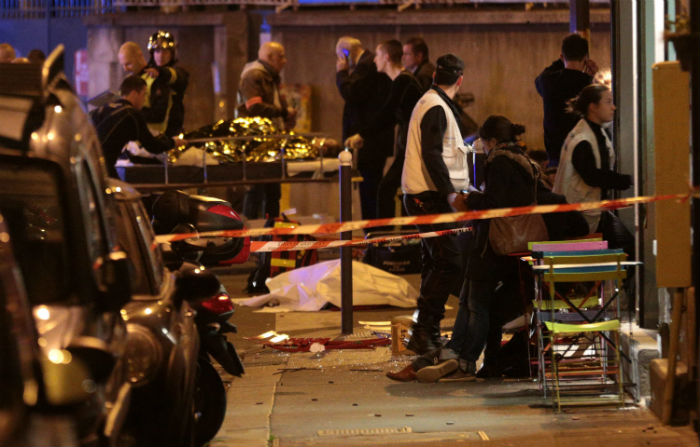 Medics stand by victims in a Paris restaurant on Nov. 13, 2015, after a reported shootout. (Maxppp/Zuma Press/TNS)

Over 100 people were killed Friday night in a series of shootings and explosions across Paris according to French officials.

French President Francois Hollande declared a state of emergency across France, closing its borders after dozens were killed during the attacks.

“It’s a terrible ordeal that has once again been afflicted on us. We know where it comes from, who these criminals and terrorists are,” said President Hollande during a televised address.

Here’s how the media around the world is covering the attacks: