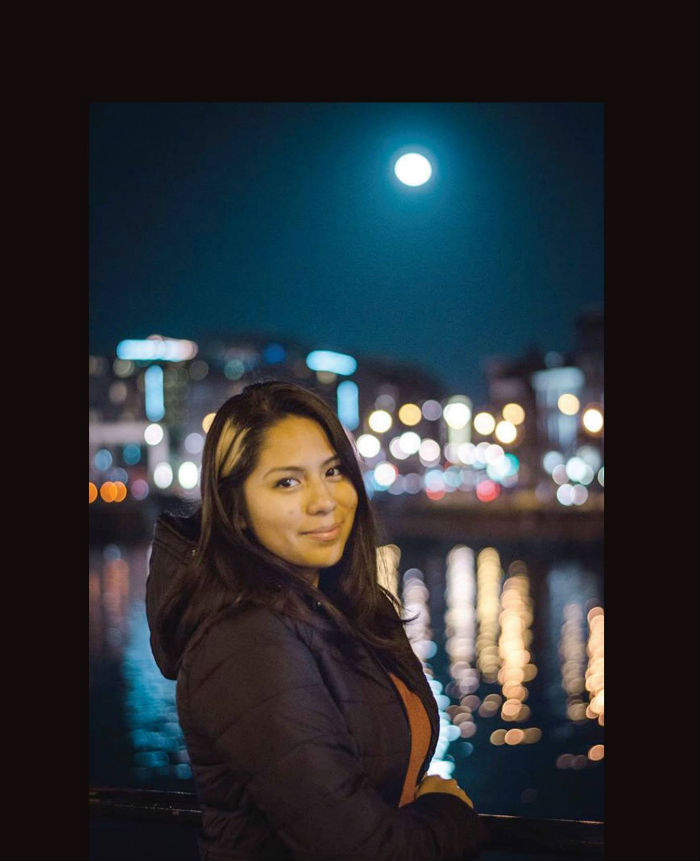 A photo of Nohemi Gonzalez, 23, posted on the Strate College of Design Facebook page. Gonzalez was killed in a series of bombings and attacks in Paris, France on Nov. 13, 2015.

A Cal State University Long Beach student was confirmed to be among the 129 who died Friday night in Paris during a series of devastating bombings and gun shootings.

Details of the incident

Gonzalez was shot Friday night at a Parisian restaurant when the attacks were carried out, according to CSU Long Beach Associate Vice President Terri Carbaugh.

“Nohemi was out…in Paris with her friends, including 2 students who are also Long Beach State students,” said Carbaugh at a press briefing in Long Beach this afternoon. “One of her friends did see that she was shot…she did see Nohemi was carried away in a stretcher but she could not tell at that time her outcome.”

Gonzalez was one of 17 CSULB students studying abroad in France this semester. Carbaugh confirmed today that the other 16 students were safe.

The university is currently assessing whether or not it will recommend the remaining 16 Long Beach students leave France for the time being.

“We’re taking that on a day by day basis [but] we’re not providing that instruction,” said Carbaugh. “But we are working with authorities to assess the situation and staying in touch with families and students.”

Condolences pour in for Gonzalez

“Let me begin by saying that I and the entire campus are heartbroken in sharing this terrible news,” said Conoley. “Today we mourn the loss of Nohemi and all the other victims in the terrible attacks.”

Long Beach Mayor Robert Garcia also shared his sympathy for Gonzalez and her loved ones.

“We as a city could not be more heartbroken at this loss,” said Garcia. “As a city, we’re committed to supporting Cal State Long Beach, her family, her friends and the students that are here and ensure that we honor her memory in the course of the coming days and weeks.”

CSULB design professor Michael LeForte touched on what the loss of Gonzalez meant to his department.

“Nohemi was something of a shining star in our department,” said LaForte. “She brought joy, laughter and happiness to everyone she worked with. She will be profoundly missed.”

“She was my best friend and she will always be my angel forever,” posted Gonzalez’s boyfriend Tim Mraz on his Instagram account, according to the Los Angeles Times. “I am lost for words. My prayers are with her family.”

Facebook has since memorialized Gonzalez’s public account. According to a recent post from Oct. 7, Gonzalez and a team of other students won second place this year in the Biomimicry Global Design Challenge.

In a statement released Friday evening on CSUN’s website, President Dianne Harrison confirmed there were no CSUN students studying abroad in Paris this semester and noted the university is working to contact its other students currently in abroad programs throughout France.

A French prosecutor told the Associated Press Saturday that 129 people were confirmed dead while 352 were confirmed injured after Friday’s attacks; 99 of the injured were said to be in critical condition.

French authorities said eight attackers – seven of whom died during suicide bombings and one in a shootout with police – had targeted Parisian cafes, France’s national stadium and a concert hall where the California band Eagles of Death Metal were performing.

CSULB will hold a vigil at 4 p.m. on Sunday for Gonzalez and the other victims in Friday’s attack.