Matadors falter down the stretch, lose to South Dakota, 76-72 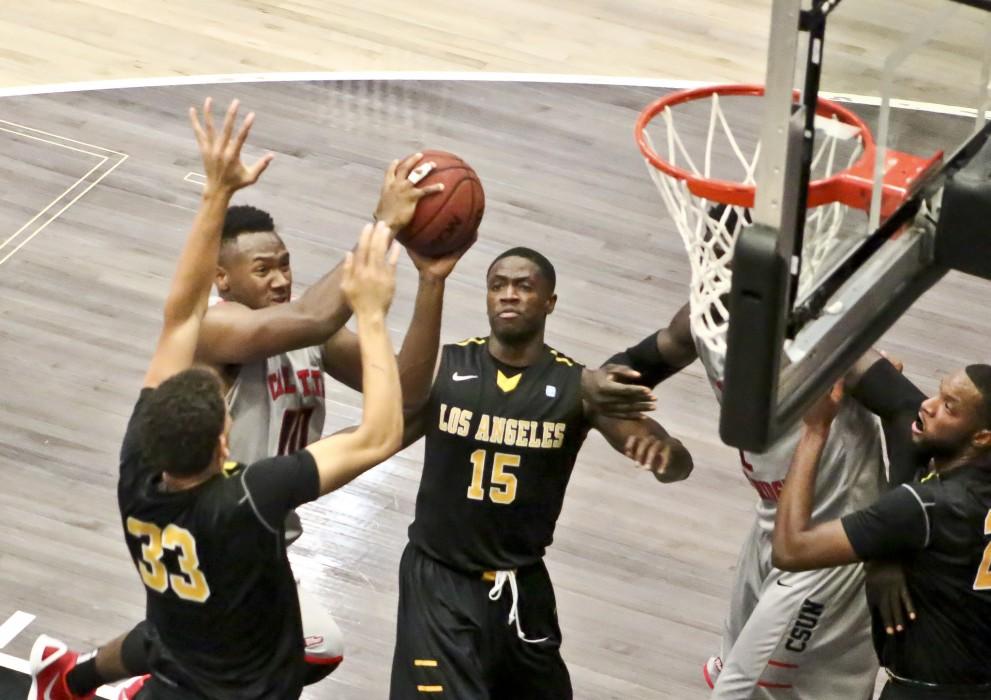 Freshman guard Jason Richardson and the Matadors could not put away the Coyotes after earning a lead late in the game. Photo credit: David Hawkins

Despite another strong performance from freshman guard Jason Richardson, the CSUN men’s basketball team lost to the University of South Dakota Coyotes, 76-72 in a back-and-forth affair.

Richardson finished the game with 22 points—20 of which came in the second half—and seven assists, but the Matadors could not convert opportunities at the end of the game.

From the onset of the matchup, it was evident that the two teams were evenly matched, as neither team took a lead larger than three points until the Coyotes pulled ahead of the Matadors 16-20 at the 6:15 mark.

For the Matadors, it was their inability to knock down 3-pointers which gave them issues gaining and increasing leads, as they shot a mere 1-6 from outside the arc in the first half.

Luckily for CSUN, South Dakota wasn’t much of a threat from the outside either, shooting only 33 percent from the 3-point line in the half, much worse than CSUN’s first two opponents in the Northern Illinois Showcase.

Moreover, the Matadors had difficulty protecting the ball, turning it over nine times while only mustering eight assists.

In spite of poor outside shooting and carelessness with the ball, CSUN trailed by only three at halftime.

But for the second straight game, the Matadors started the second half sluggish, allowing the Coyotes to go on a 6-1 run, and increasing their lead to eight less than two minutes into the half.

South Dakota would even push the lead to nine at the 16:15 mark, before the Matadors would go on a 14-7 run, highlighted by back-to-back 3-pointers by Richardson and senior guard Landon Drew at the tail end of the run.

CSUN would then capture their first lead of the half shortly after when freshman guard Micheal Warren made a pair of free throws to put the Matadors ahead 52-51.

Warren’s free throws were followed by two lead changes and four ties over the next five minutes.

Then with 4:29 left in the game, Richardson made a 3-pointer to pull CSUN ahead 67-66. However, that would be their final lead of the game, as South Dakota senior forward Eric Robertson would convert a layup with 2:23 left in the game to put the Coyotes up for good.

Although the Matadors would make a couple more shots to stay within arm’s reach of the Coyotes, South Dakota would effectively seal the game at the free throw line.

After losing two of three games in the Northern Illinois Showcase, the Matadors return home on Wednesday, Nov. 18, to face Vanguard University at 7 p.m. in the Matadome.