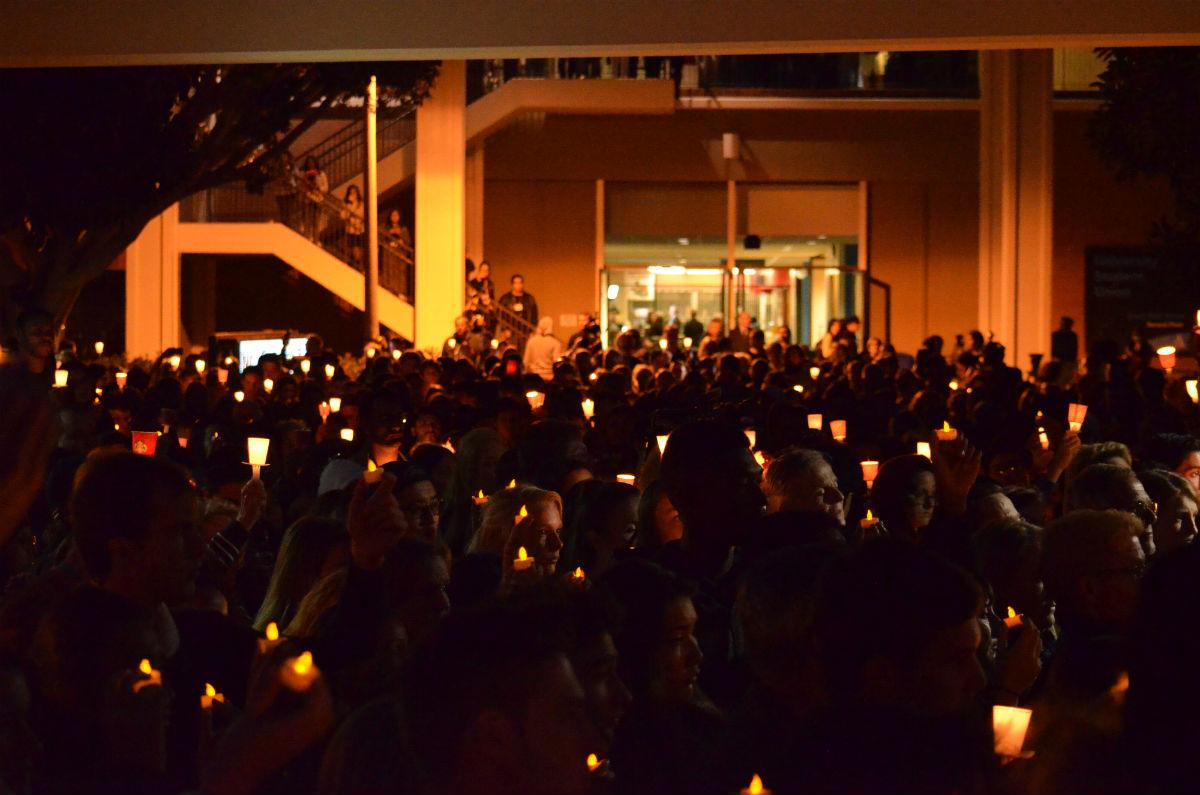 Hundreds of people paid tribute Sunday to 23-year-old Cal State Long Beach student Nohemi Gonzalez, who tragically lost her life in a series of attacks in Paris, France on Nov. 13.

The Sunday memorial and candlelight vigil barely contained the large crowd that packed the University Student Union Ballroom at Cal State Long Beach. Classmates, CSU faculty and foreign dignitaries from the French Consul General in Los Angeles were all in attendance.

Described by a professor as someone who “emanated light,” Gonzalez’s passing had been felt by many in the Cal State Long Beach community.

To her teachers, she was an exceptionally bright student, both in work ethic and spirit.

“She exuded such energy and enthusiasm and infused the entire department with these same qualities by virtue of her presence,” said Cal State Long Beach professor and Design Department chair Martin Herman. “And in her design work, herself she displayed imagination, passion and an admirable work ethic.”

Her diligence as a senior in the college’s industrial design program gave her a reputation among her classmates as a respected peer and a generous colleague ready to help her cohorts.

“She always was the last one to leave the shop,” said senior design student Alex Schumacher. “She would yell at you if you didn’t clean up your area…but she would always be the first person to help you as well.”

To her family, she was known as “Mimi.” Gonzalez’ step-father, Jose Hernandez, spoke on behalf of her mother, Beatriz.

“All I can say is, we’re here because Mimi, she was a wonderful kid,” said Hernandez. “If there’s anything bad to say about her…I’ve got nothing. We are here because Mimi is in our hearts. Mimi is not dead. Mimi is right here, in [her mother’s] heart, forever.”