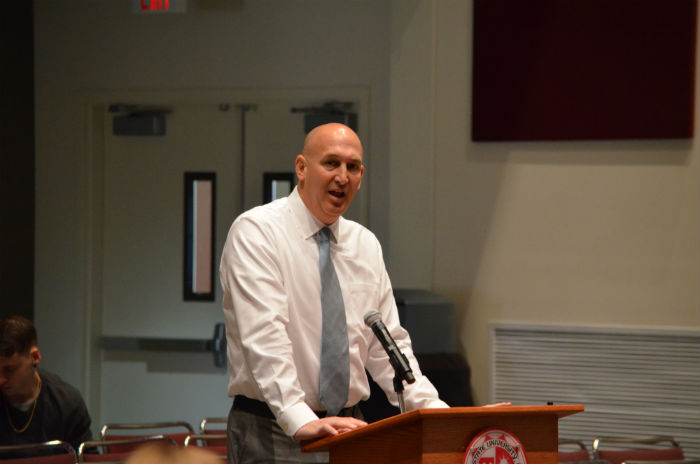 Associated Students discussed the idea for a 150-room on campus hotel with the CSUN Facilities Department, at its meeting Monday, Nov. 16.

Ken Rosenthal, associate vice president of the Facilities, Planning, Design and Construction Department, spoke to senators about the current process of the potential hotel on campus, which could continue if the idea is approved by the Board of Trustees and further successful requests for proposal and agreements with the developer are made. The hotel is planned open in 2019.

“There has actually been a reduction in the number of hotel rooms that are available in the [San Fernando] Valley,” Rosenthal said. “There are no business-class hotels in the Northridge community. There is actually a big void. We would be able to obviously host more academic symposiums – we’d be able to have conferences, for example, during the academic year.”

Although A.S. has not yet taken a stance on the idea of a hotel on campus, according to A.S. President Jorge Reyes, the presentation was designed so that all senators understood the current process of building a hotel and its impacts on campus.

Rosenthal explained that CSUN would make a ground-lease with a developer and would not be paying for the project, but that it would be a third-party operation and the owner would run and maintain the facility. The university will only be receiving rent.

A.S. senators discussed with Rosenthal the ability to use the proposal of the hotel as a way to further its community partners and connect to the recreation and tourism management program on campus.

“The intention is that we will write in language that obviously encourages them to partner with our program,” Rosenthal said. “While we do not have a full-fledged hospitality program, it is a desire, and obviously a great opportunity, for students interested in doing that.”

When working with potential owners for the hotel, CSUN will seek a community partner and a company that is marketing CSUN as part of its campaign.

Market study results from PKF, a company hired in November 2014 to determine the feasibility of a hotel, were used to gauge current factors that would present a need for the facility on campus.

The new facility would be used to hold visiting scholars, interview candidates, sports visitors and Valley Performing Arts Center acts. There is enough demand in the market to justify the building of the hotel, according to Rosenthal. Fifty-six percent of the demand for a hotel could be generated from campus, which is average.

The local average daily rate is about $132 per night, which is less than what is offered to CSUN visitors. The Hilton at about $180 per night.

The proposed facility would be about 150 rooms, possibly as a hybrid-select service business-class hotel with a moderate lobby, conference rooms and a restaurant, comparable to the Courtyard Marriott or Hilton Garden Inn.

The proposed location is the Orange Grove Bistro site, where the bistro’s demolition would allow for a refurbished restaurant that would be open for most meals.

The issue will be discussed at the Board of Trustees Meeting Tuesday, Nov. 17, and if approved, the developer request for proposal process will happen around March 2016.

“In regards to having a hotel on campus, I think it’s great because in the past just 10 years alone, CSUN has taken some really great strides to become a premier campus in the LA area,” said AS Vice President Sevag Alexanian after the meeting. “Having that hotel on campus will continue to just improve our campus.”

· A.S. has canceled the Sexual Assault Town Hall Meeting Nov. 19 because not enough students will be able to attend

· Hayk Manukyan was appointed as Assistant Chair of Finance