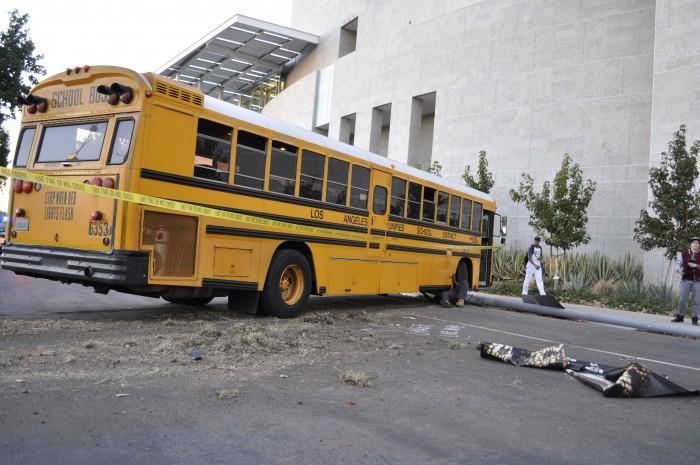 A school bus swerved onto the curb after it attempted to avoid a two-car collision. (Vincent Nguyen / The Sundial)

A school bus swerved onto the curb on the corner of the Valley Performing Arts Center, tearing down a light post as it was heading eastbound on Nordhoff Street approaching Lindley Avenue.

LAPD and California Highway Patrol officials said there were two people on the bus including the driver who was sent to the hospital for trauma. No injuries were reported.

The school bus was forced to swerve off the road when two vehicles collided in front of it, running onto the sidewalk and into a light post, according to police.