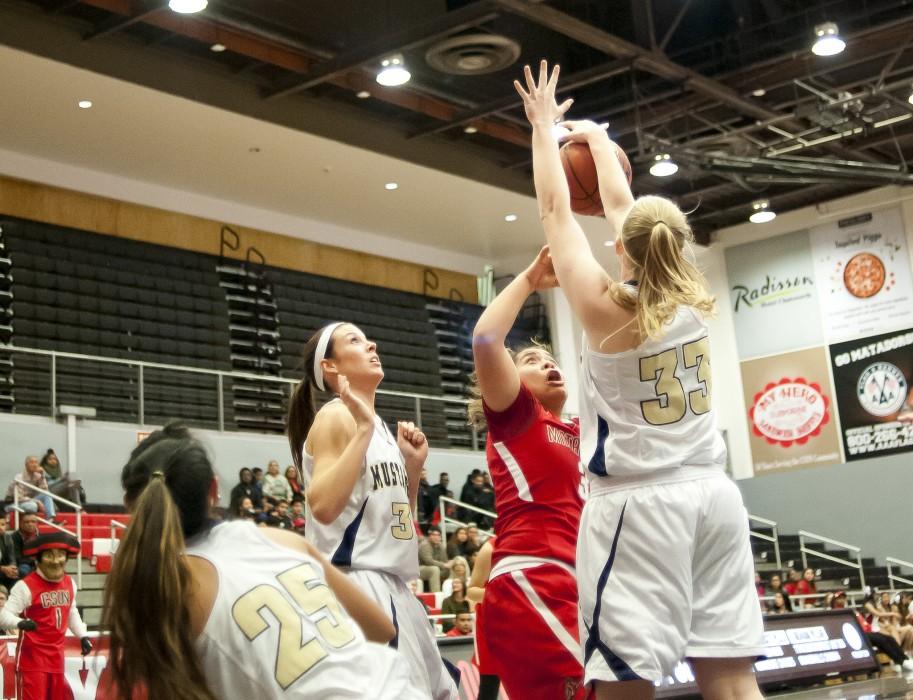 In what was their most lopsided defeat of the season so far, the CSUN women’s basketball team fell 106-50 on the road Friday night against the University of Idaho Vandals.

The Matadors are still searching for their first win while trying to incorporate a lot of new players to a team that lost all five starters from last season.

Low energy plagued the Matadors as they got off to yet another slow start, the worst one yet. They failed to score in the first quarter and found themselves trailing 29-0 entering the second quarter.

They did not fare much better in the second quarter, scoring only 12 points by halftime and shooting 9.3 percent from the field, while giving up 53 points to the Vandals on 55 percent shooting.

The Vandals came out of halftime right were they left off. The Matadors were outscored 32-14 and found themselves trailing 85-59 heading into the fourth quarter.

The fourth quarter only saw the Vandals increase their lead. The 106 points given up by the Matadors was the most they have given up all season.

Turnovers were also a key issue as the Vandals were able to score 37 points off of 23 Matador turnovers.

They also had their way with the Matadors inside, outscoring CSUN, 40-26 and outrebounding them, 47-26.

Sophomore center Tessa Boagni had another strong performance. She led the Matadors in defeat, finishing with 16 points on 6-11 shooting. Senior forward Jasmine Johnson chipped in with 7.

Six Vandals scored in double figures, led by senior guard Connie Ballestro who finished with a career high 19 points on 7-9 shooting including a perfect 3-3 from behind the arc.

The Matadors will continue their road trip on Sunday against the Eastern Washington University Eagles. Tipoff is scheduled for 1 p.m.