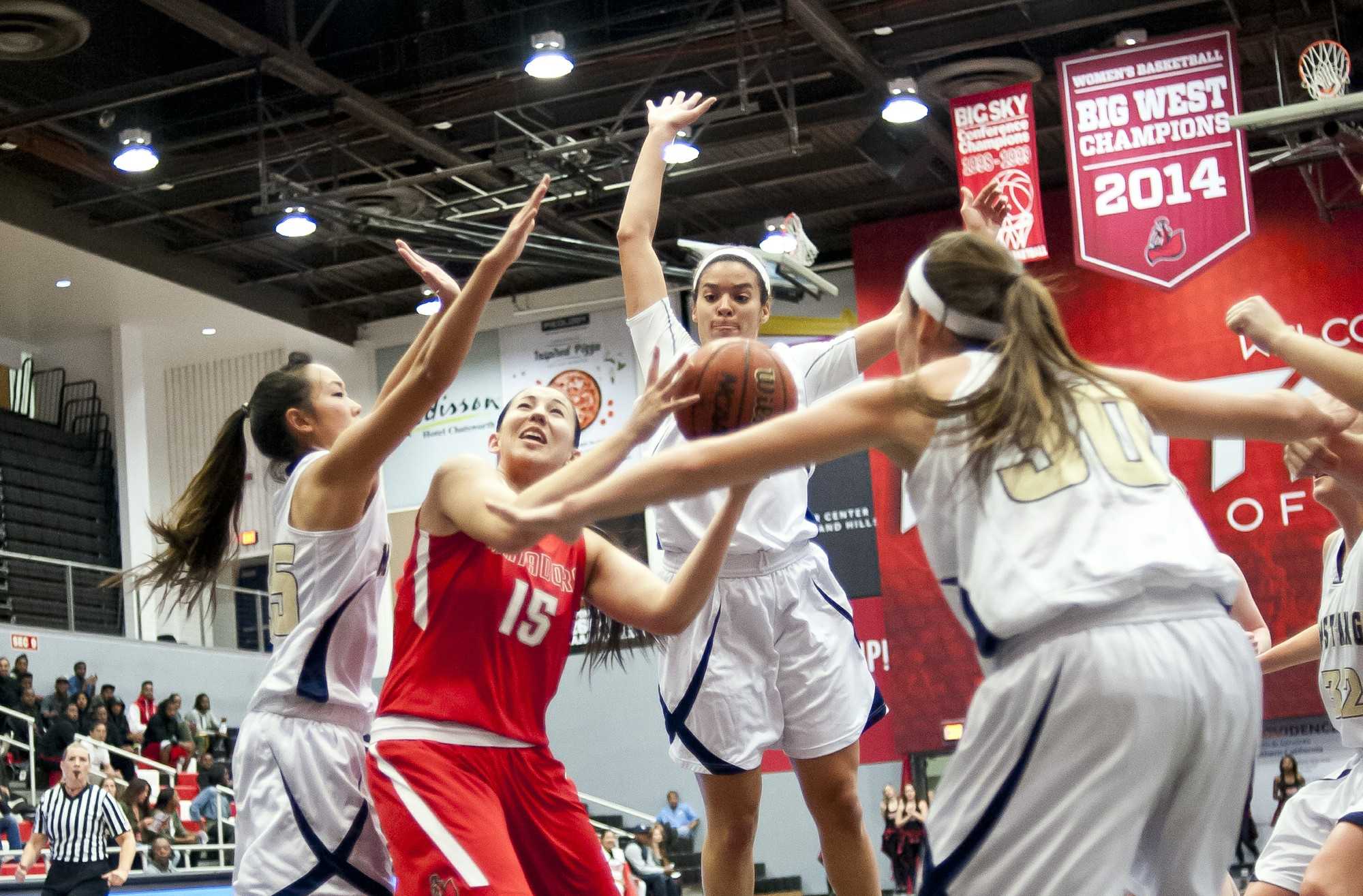 Freshman guard Claudia Ramos attempts an inside shot in a loss against The Master's College on Nov. 6, 2015. The Matadors lost their fourth straight game to start the year against the Eastern Washington Eagles on Nov. 22, 2015. Photo credit: David Hurwitz

The losses continue to pile up for the CSUN women’s basketball team.

The Matadors latest defeat came at the hands of the Eastern Washington University Eagles, 70-59 on Sunday afternoon.

With the loss, the Matadors drop to 0-4 on the season.

The Matadors were able to avoid getting off to a slow start, an issue that has plagued the team since the season started. The trailed 18-15 after the first quarter, briefly leading at one point, and trailed 33-29 at the half.

Defense is something that has eluded the Matadors this season but they finally picked it up against Eagles, holding them to only 34.2 percent shooting from the field in the first half, while shooting 46.4 percent themselves.

The Matadors continued to fight in the third quarter, but allowed the Eagles to go on a 6-0 run near the end of the quarter and allowed them to settle on a double digit lead heading into the fourth and final quarter.

They were unable to put a dent into the lead as they faced a double digit deficit for the majority of the fourth quarter.

Despite the loss, the Matadors had several strong performances. Sophomore center Tessa Boagni had her best game of the season scoring 21 points on 69.2 percent shooting while pulling down six rebounds and adding two steals.

Freshman center Channon Fluker had her best game as well with 12 points on 66.7 percent shooting, eight rebounds, and two blocked shots. Junior guard Lindsay Neuner had a solid all around game finishing with five points, six rebounds, and six assists.

The Eagles had three players in double figures and were led by sophomore forward Delaney Hodgins who finished with 20 points.

There were other positive signs for the Matadors in defeat. They cut down the disparity in points in the paint from their previous losses, allowing 36 to their 32. They also were able to limit the Eagles second chance points, giving up 39 rebounds while pulling down 37 of their own.

What proved to be the difference in the game was turnovers. The Matadors were careless with the ball and turned it over 18 times. The Eagles took full advantage and were able to score 18 points off of turnovers.

The Matadors will return home this week for the two day Radisson Hotel Chatsworth Thanksgiving Basketball Classic. They will host the Pennsylvania State University Nittany Lions on Friday Nov. 27. Tipoff is scheduled for 30 minutes after the conclusion of the game between the University of Georgia Bulldogs and the Brigham Young University Cougars which starts at 5 p.m.