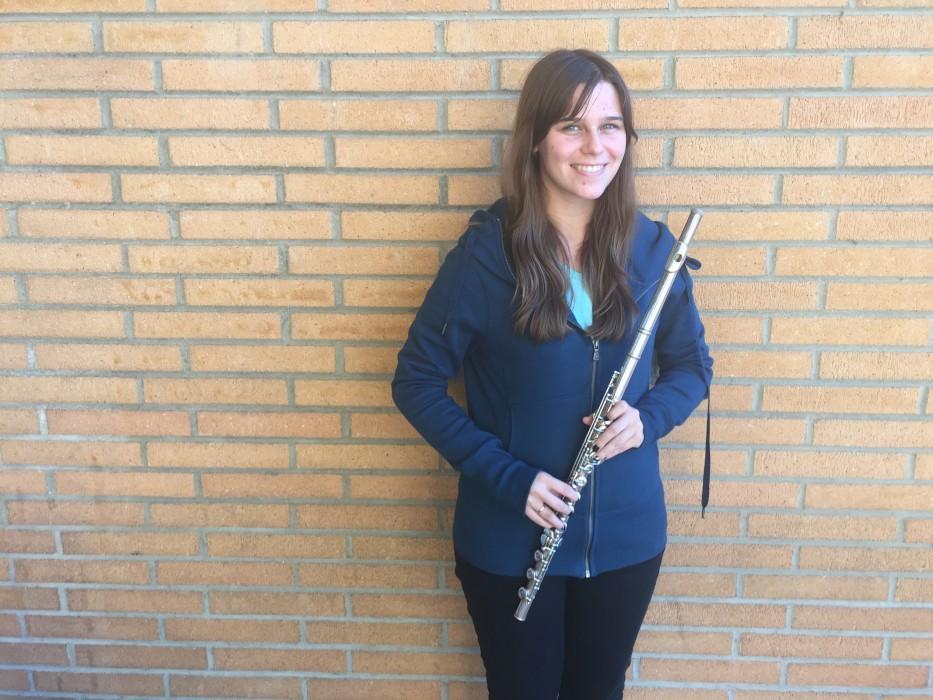 Everett has stuck with the flute ever since she picked it up.

Kay Dee Everett is an 18 year old freshman attending CSUN to obtain her Bachelors Degree in music performance. Everett, unlike many musicians, has stuck with the same instrument since the start. Everett picked up the flute at a very young age after it was given to her by an old family friend. Following in her parents footsteps, Everett has dedicated most of her time into perfecting her playing.

“My end goal is to play my flute in an orchestra” said Everett. “I don’t need to be famous, as long as I get to play.”

Everett plays alongside the CSUN Wind Symphony and as a part of the Matador Flute Trio. Everett will also be showcasing her personal talent in a solo performance Tuesday, Nov. 24, in Cypress Hall room 159 at noon.