Don’t get stirred up by Starbucks’ plain red cup design 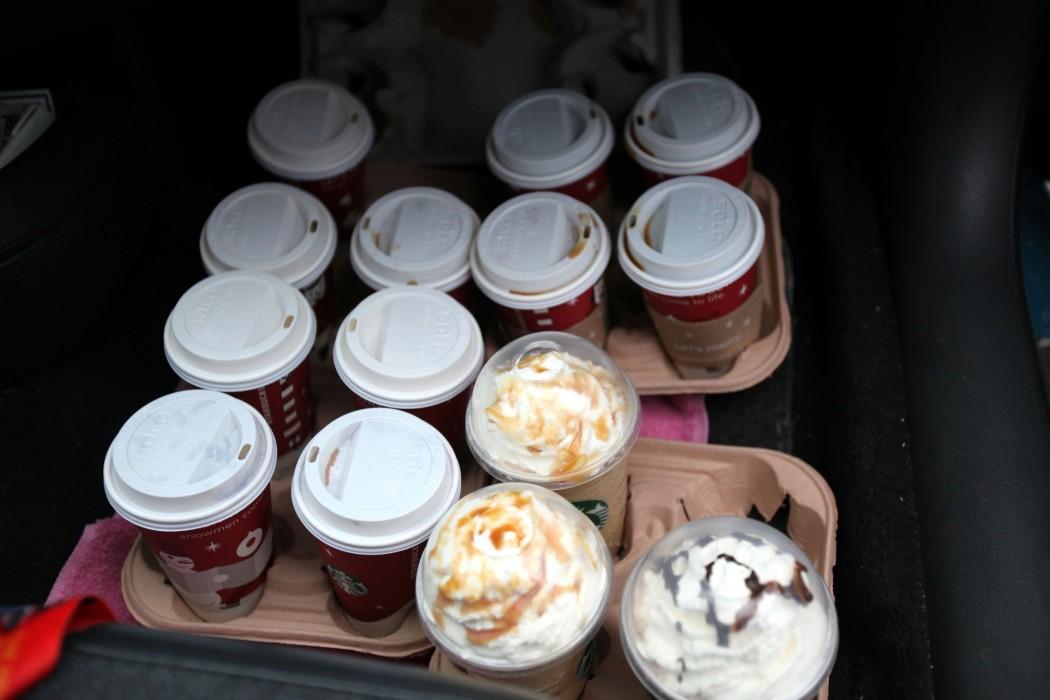 It’s that time of the year again for Starbucks to bring out their holiday cups. However, there’s something different causing a major controversy.

Each year, Starbucks brings holiday cheer to the community by decorating their coffee cups with snowflakes, Christmas tree ornaments, wreaths, and different characters such as snowmen, nutcrackers, and reindeer.

However, this year Starbucks decided to serve up their holiday peppermint mocha lattes in a simple red coffee cup.

“This year we wanted to usher in the holidays with a purity of design that welcomes all of our stories,” the Starbucks Vice President of Design and Content Jeffrey Fields said in a company website statement.

Fields also wrote, “Starbucks has become a place of sanctuary during the holidays, we’re embracing the simplicity and the quietness of it.”

This had social media in an outrage. Does this mean Starbucks hates Jesus and the spirit of Christmas? Why is Starbucks acting like Scrooge?

People lashed out at Starbucks just because they changed their holiday cups.

An evangelist from Arizona, Joshua Feuerstein, posted a video calling out the company for eliminating Christmas from their cups.

“Do you realize that Starbucks wanted to take Christ and Christmas off of their brand new cups? That’s why they’re just plain red,” Feurstein said.

After this video was posted, social media went into a frenzy voicing their opinions for the plain design. Twitter even had two trending topics – #MerryChristmasStarbucks and #BoycottStarbucks.

I find it silly that people are get upset over the holiday design on a cup.

By putting a snowman on a cup, the company was not exactly promoting Christianity, but just the holiday spirit. According to Starbucks employees, they have always said “Happy Holidays” in order to stay equal to all religions.

One small detail people didn’t realize while they were being offended by the lack of Christmas spirit, was the release of the Christmas Coffee Bean Blend.

While some were insulted by the red coffee cups – I hate to break it to you, but the Christmas blend bag is also red.

But let’s just forget the fact that word Christmas is bolded in front of the coffee beans and let’s just focus on the fact Starbucks now hates Christmas for making a plain red cup.

Christmas is supposed to be a time of giving. But instead of spreading the holiday cheer that we expect Starbucks to pass around, we are being selfish.

Other religions have to get the spirit of Christmas shoved down their throats during this time of year and they do so with no complaints. However, when Starbucks wants everyone to feel equal during the holidays, then all hell breaks loose when they change a simple design of a cup.

As a Catholic, I can assure that the color of a Starbucks cup has nothing do with Jesus. It’s a cup and it’s a color.

As a Starbucks lover, I will not give up my Peppermint Mocha Lattes, because of the color of a cup. I highly doubt those of you complaining will go out of your way to find somewhere else that will put a snowman on your cup.

While some may be boycotting Starbucks for their lack of holiday spirit, did any of you notice that Coffee Bean still has their plain cups? I don’t see anyone saying anything about that.

Let’s just relax and enjoy our coffee while listening to some holiday music.