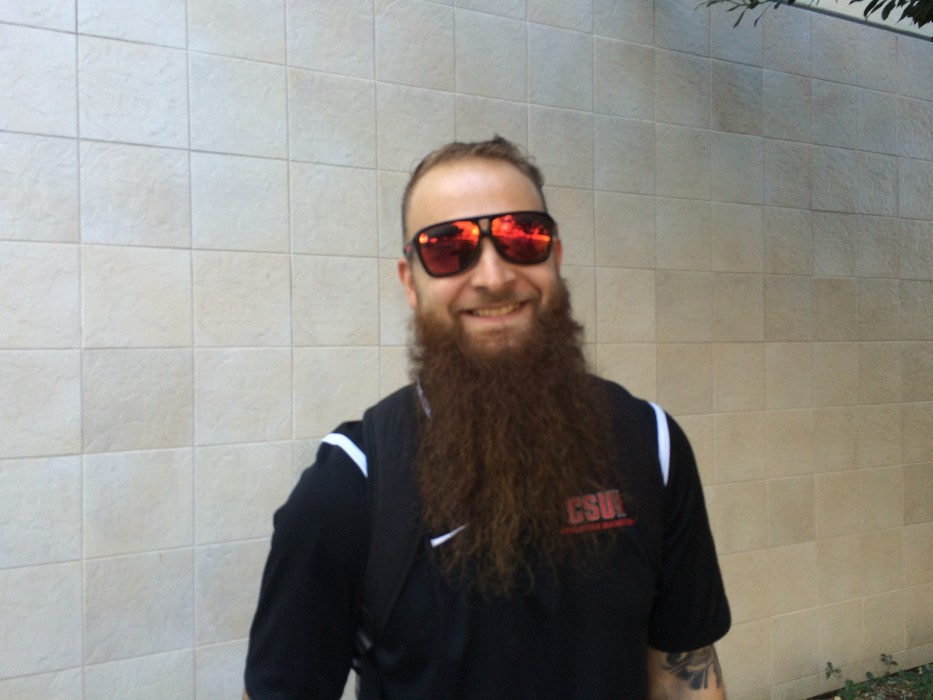 Every November beards become an increasingly popular commodity among men in support of No-Shave November. The movement can first be traced back to Australia in 2004 when, according to Vidette Online there were 30 men who grew beards for 30 days to raise awareness for prostate cancer and depression in men.

The idea was to save the money you would spend on shaving hair that would not grow for cancer patients, and donate the funds to a charity looking to fight prostate cancer in men – the foundation became known as Movember.

Students around CSUN sporting the beards however, are not necessarily doing so for No-Shave November. Julius Chapman, a 23-year-old Astrophysics major, said he forgot about No-Shave November but would start now. While Kyle Ehlers, 24-year-old recreational management major said his beard has taken “about a year and a half” of growing, “so technically” he is participating.

“I’m not participating this year, but I knew a lot of people who would in high school. I haven’t seen it too much lately.” Miguel Fuentes, an 18-year-old Information Technology major said about the popularity of the cause and whether he knew anyone who was participating, .

The trend of beards can also be attributed to exactly that, a trend. According to bustle.com, “Scientists say that that the sudden surge in the beard popularity is simply a matter of beards being uncommon.” The “hipster trends favor fashions that become popular when they’re “unusual, which helps the trend-wearer stand out.”

This would explain why most of the responses for why men are growing beards around campus have had little to do with No Shave November.

“If I was doing No-Shave November, it would have been a lot worse than this,” Gerard Matar, 19-year-old business administration and law major said.

The trend for beards may still be helping the cause even when participants aren’t intentionally sporting them for that reason. Because the popularity and hashtag of #NoShaveNovember has garnered over 784,000 hashtags. So even when people may not be fully aware of why the event exists, they are still starting the conversation.