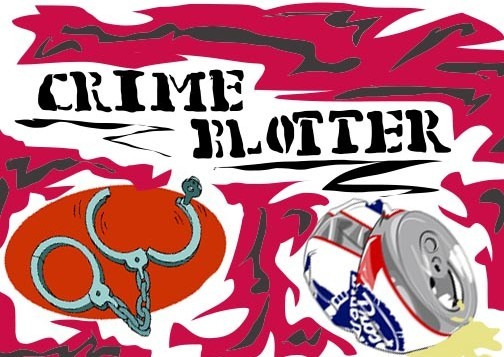 Two suspects held two victims at knifepoint during an attempted robbery near Lindley and Halstead on Monday night. The incident occurred around 11:20 p.m. when the two victims were walking and approached by the two suspects. One suspect displayed the handle of a knife in his waistband while demanding property from one of the victims and the other suspect hit one of the victims in the face. According to the crime log archive, the suspects fled in their car and no property was taken.
Spray paint was used to graffiti multiple locations around campus on Monday. Unknown suspect(s) spray painted the sidewalk near Bayramian Hall and the first floor restroom in Sierra Hall. Both investigations are ongoing, according to the crime log archive.
CSUN officers arrested a suspect for driving without a license and turning over a double yellow line on Matador Road and Prairie Street on Monday morning. The suspect was released a the scene with a notice to appear.

A suspect was arrested by CSUN officers on Tuesday morning in parking structure B5 around 8:20 a.m. for displaying an unauthorized disabled placard. According to the crime log archive, the suspect was cited and released.
A computer was stolen in Jacaranda Hall from the computer podium. The incident is still under investigation.
White paint was used to graffiti a sidewalk near the Oviatt Library, according to the crime log archive.

An unknown suspect stole a cellphone from a victim after it was left in a restroom stall. The incident occurred between the hours of 10 a.m. and 12 p.m. in Jacaranda Hall. The incident is still under investigation.
Black marker was used to graffiti a wall in the first floor restroom in Juniper Hall.

A laptop and bag were stolen after they were left unattended in a classroom in Sierra Hall. The incident occurred between the hours of 12:15 p.m. and 2:30 p.m. The investigation is ongoing.

An unknown suspect stole a Playstation from a common living room area in University Park Apartments 19. The incident is still under investigation.