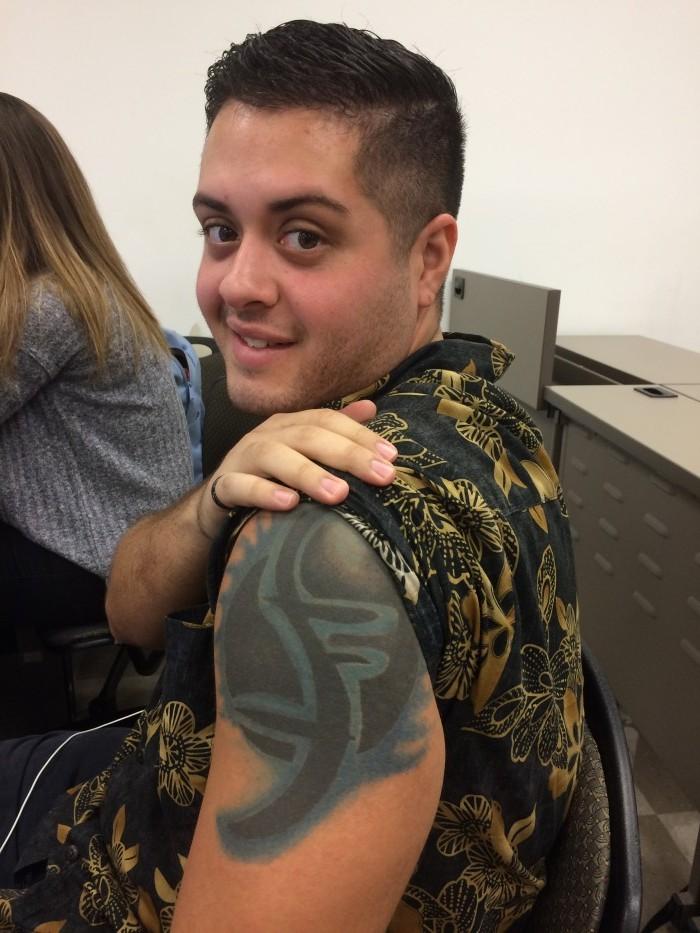 Ron Jaradat got his upper left arm tattooed last March in a session that lasted a total of five hours.

“It took two sessions” say Jaradat. “The first session I did was about three hours, and then I went back to get it finished, and that took another two.”

The tattoo is a blue and black inked version of a serpent and a crane.

“It is a Japanese symbol, that means great strength.” Jaradat said, as the tattoo is derived from the story of the serpent and the crane.

“The serpent wishes to have power it’s whole life so it eats the crane and gains its wings and that’s where it gets its power and majestic form as the dragon,” Jaradat said.

The symbol explained on heroeswiki.com links the helix symbol to evolved humans, since one thing consumed another to evolve and further it’s form, it is also tied to the idea of never looking back.