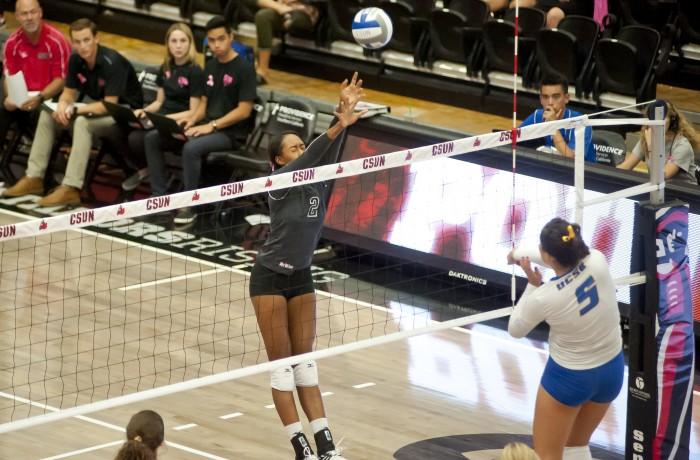 The Matadors could not close out the Highlanders, despite a strong game from senior outside hitter Cieana Stinson, who had 29 kills. Photo credit: David Hawkins

Stinson made the first team All-Big West Conference team for the second year in a row.

Owens earned a spot on the All-Freshman team while also earning an honorable mention for the All-Big West team.

Stinson led CSUN in kills with 337, attacks with 97 and solo blocks this year with 21.

Stinson finished her career 7th in school history in kills with 1,213 over her career.

Owens was right behind Stinson in most categories in her first year, notching 246 kills this season.

Owens will look to lead the Matadors next season with the absence of Stinson.