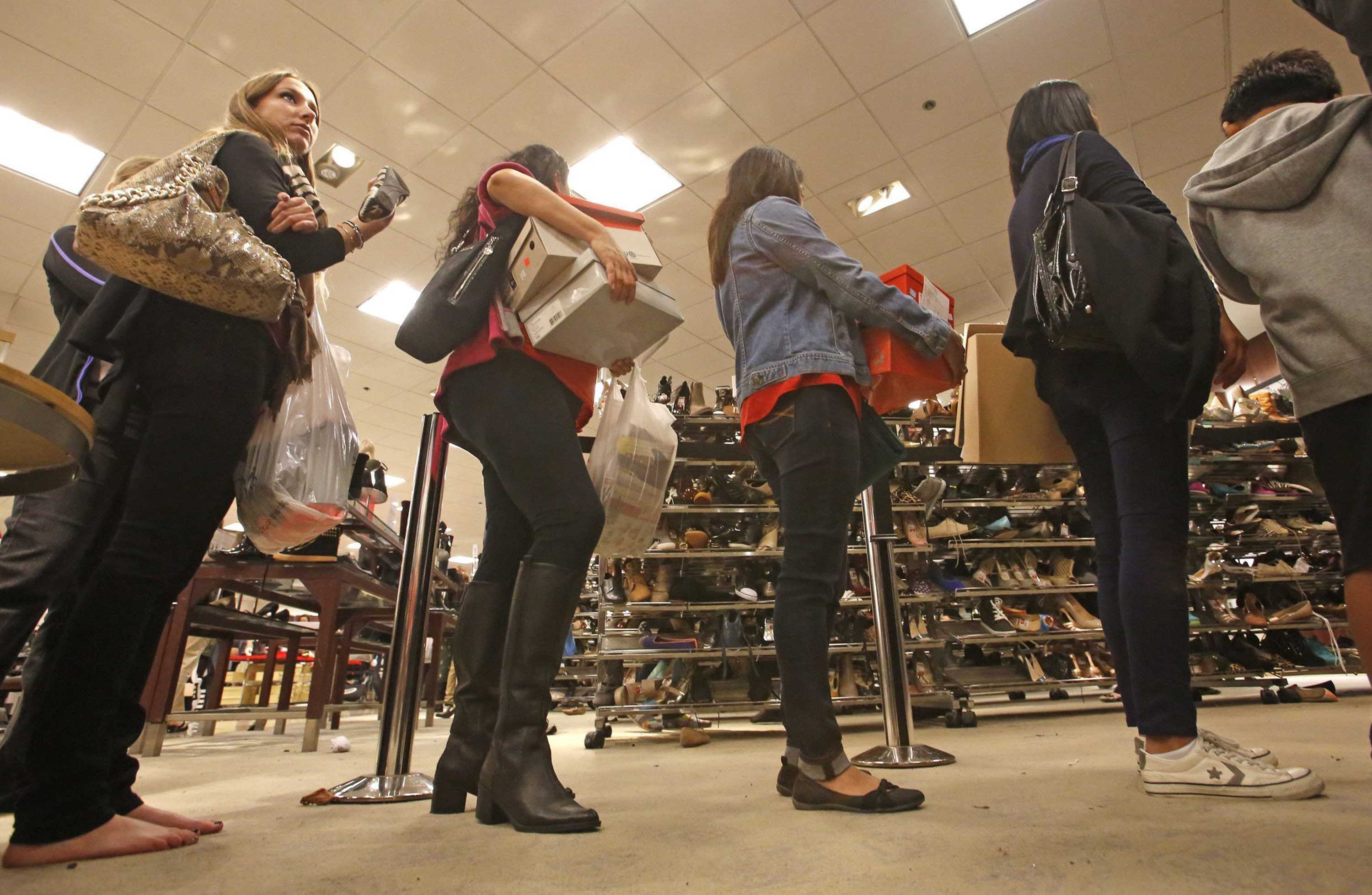 Black Friday has changed the landscape of retail shopping, becoming a tradition in which individuals hope to save and catch deals just in time for the holiday season.

For some it has taken over the tradition of having dinner on Thanksgiving.

Edgar Navarro, 33, was looking for a 55′ Westinghouse TV that Target had on sale for $249 on Thursday, Thanksgiving Day, but he was not one of the shoppers that was there when the store opened.

“I had passed by the Target on La Cienega and Rodeo around 4 p.m. to check if people were making line outside, but there was only three people so I figured I had a chance to eat dinner then go buy stuff,” said Navarro. “There was no line with all the cashiers open so I decided to just buy some pillows and tooth paste since I was here already.”

Target opened their doors at 6 p.m. while other stores opened around 4 p.m. The line for Best Buy at the Westfeild mall in Culver City, went around four times to the back of the store.

Marleny Lopez, 24, a Cinema Television Arts major and public relations minor went to a couple different store locations such as Camarillo outlet and Fox Hills Culver City mall since Thanksgiving night. She was not looking for anything in particular, but wanted to jump on deals for clothes. With the bargains different stores had to offer, she found herself shopping all night buying stuff she claimed she didn’t need from Thursday 10 p.m. to Friday 5:30 a.m.

“The lines were long and some stores only had like four cashiers open so that made the process slow to go to the other stores to scout on stuff,” said Lopez. “I have only done this for three years but each year my experience is basically the same with long lines and the overcrowding that stores have.”

Business management major Jonathan Lopez, 22, went to Target right after his Thanksgiving dinner to buy a Samsung Smart TV for his living room to replace his 8-year-old TV. Fortunately, he was able to buy the TV he wanted for his living room from Target online and was able to do a store pick-up at the Downtown Los Angeles City Target. He also bought a Smart TV for his room, because it was a deal he could not pass up on a 40’ Samsung for $317 that came with a $20 Target gift card.

“Black Friday was an opportunity to take advantage of the discounts,” said Lopez. “Surprisingly, this year there was not such big lines or crowd areas, I would have to say that online shopping and cyber week have influenced this growing trend.”