Copycat mentality cause reboots in film and television industry to rise 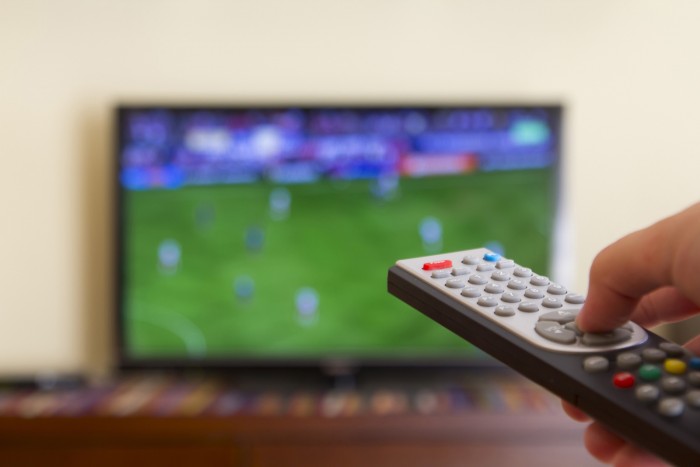 Your mind’s not playing tricks on you. That show you used to stay up late for to watch prior to the invention of DVR, and that movie you use to play until your VCR overheated, and those quirky lines you use to repeat are now coming back in full force.

With the likes of Annie and the Muppets all getting the reboot treatment, some may wonder if the television and film industry are fresh out of ideas.

“Hollywood is a copycat. If it did well [in the past], they are going to run with it,” said CSUN head of film production Nate Thomas.

As the popularity of streaming television continues to soar, broadcast networks are finding themselves struggling between sticking with what they know and fighting for the next ground breaking series that will turn the television world upside down.

“When I ask students what they watched on the weekend it’s not the movies,” said Cinema & TV Arts Professor Michael Hoggan. “I then ask about Netflix and its almost half.”

It’s not just in the classroom. Households across the nation that don’t have TV but have broadband Internet has grown to more than 10.5 million, according to the Huffington Post.

Netflix is not the only competition television has. The popular streaming website, Hulu, also saw a rise in popularity pulling in almost 4 million subscribers.

While streaming and broadcast television fight over who will pull in the most viewers, both have integrated both reboots and new series’ to keep the viewer coming back.

However, as the trend of rebooting and modernizing classic sitcoms becomes more prominent, the less creativity is shown.

In a fight to bring back the creativity that popularized broadcast television, some CTVA students are stepping up to the plate to create a more innovative series.

“A lot of us [CTVA] students have changed from film to TV,” said CTVA major Mike Bostedt. “Movies are now like a book.”

In an effort to try to keep out of the cycle of resurrecting familiar content, CTVA students try to stray from the norm. However, new does not always mean better.

“We have to focus on what people want,” said screenwriting major Marlene. “There’s moments when we want to think outside of the box, but when you have these shows that tried but have horrible ratings, you have to be careful.”

Despite the reboot craze the industry has fallen into, not all can say that this means the end of television.

Old television series and movies plays a crucial role in the material we have now. It is because of courses such as “Criticism in CTVA and Advanced Film Theory” that allows students to progress as they look at past series that perhaps paved the way for their particular genre.

“We have theory courses where we look at old television shows and movies and analyze or criticize them,” said Thomas.

These courses, based on interpretations of beloved series airing in today’s market, can be considered for the television platform.