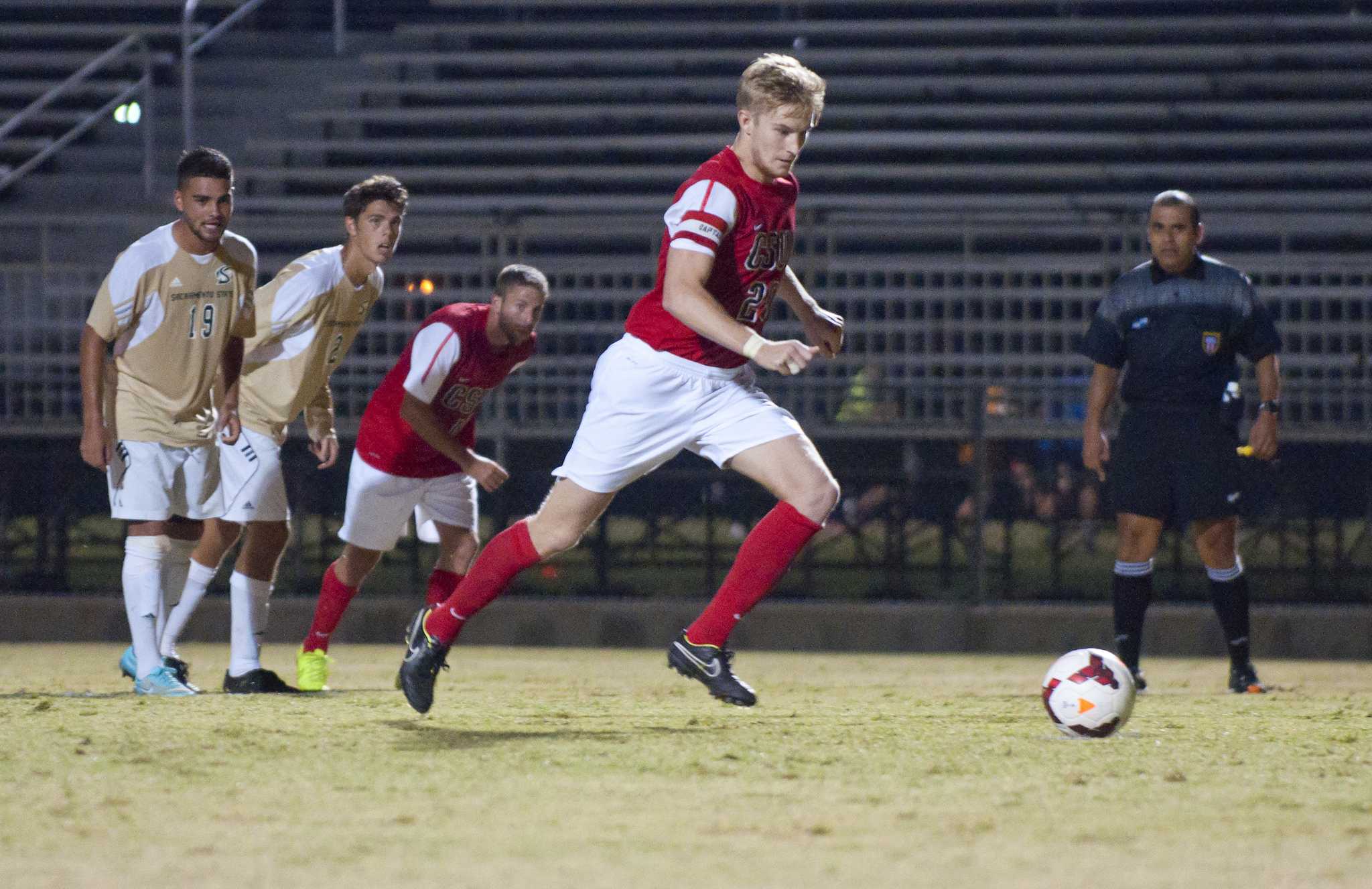 Senior defender Trevor Morley not only continued to be a stabilizing force for the Matadors on defense this season, but also scored for the first time in his career. Photo credit: File Photo/The Sundial

Although there are several deserving male student-athletes that had superb seasons during the fall semester, no one excelled quite like men’s senior defender Trevor Morley.

Morely was a defensive stalwart for the Matadors this season, providing leadership and toughness in the back line, en route to an 8-8-3 season and a berth in the Big West Conference Tournament.

As a result of his defense and consistency—he started all of the Matadors’ 19 games—Morley garnered Big West Defensive Player of the Year Honors, becoming the first Matador to do so since Joe Franco did in 2012.

Moreover, he earned All-Big West honors for the third straight year, demonstrating an individual and program-wide commitment to defense.

In addition to his defensive toughness, Morley had a breakout year on the offensive end of the field.

As a senior, the San Diego, Calif. native collected his first career collegiate goal after he scored on a penalty kick in a 4-1 rout of the Saint Mary’s College Gaels on Sept. 18.

Over the course of the season, Morley would prove to be adept at converting penalty kicks, going a perfect 4-4 in those situations.

“The PK is just me being called up to do a job,” Morley said after converting on a penalty kick in the Oct. 28 game against UC Riverside.

Coincidentally, all of Morley’s goals were off of penalty kicks, including two game-winning goals against Santa Clara and California State University, Fullerton.

Morley would also add an assist to his offensive statistics giving him nine points for the season, good for third on the team in that category.

Despite his breakout season on offense, Morley will be known for being a stalwart on defense, not only this season, but over the course of his four years at CSUN.