Safe Campus Act could take power away from universities 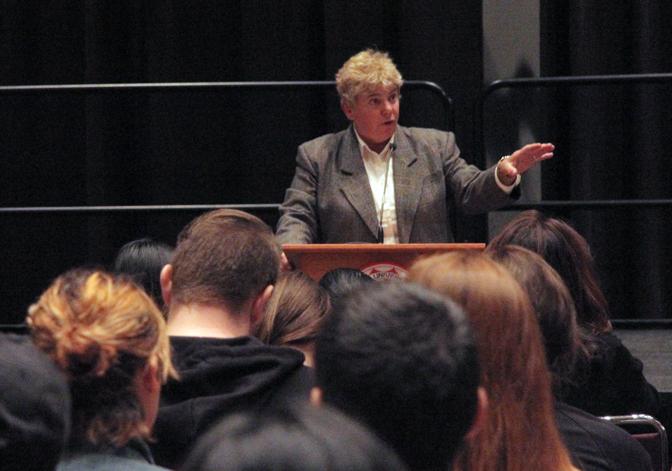 The power to investigate sexual assault crimes could be taken away from colleges and universities if The Safe Campus Act is passed into law.

That piece of legislation, which is now up for consideration by the U.S. House of Representatives, aims to amend the Higher Education Act of 1965 by implementing new requirements for how sexual assault crimes are investigated and prosecuted within the university and college system.

The act also seeks to improve the way campus’s address sexual assault by removing of the preponderance of evidence threshold that campuses are currently required to have.

If passed, the Safe Campus Act will also allow both parties to have a lawyer present during hearings and to have access to the evidence being used. It also requires that law enforcement investigate crimes, not the school.

By giving police departments control over the investigations, school officials will not be allowed to impose any disciplinary actions against the accused.

“In this particular case, there are groups across the country that are against it,” said CSUN Police Chief Anne P. Glavin. “I think you won’t find many in the law enforcement world who support this because of the way it is stacked and, frankly, my own opinion is that all of this legislature on sexual assault — we already have enough in place and I don’t think we need any more of any kind.”

Under current laws, victims report the rape to the school which then investigates, involves police and, if found guilty, the suspect is punished on- and off-campus.

Victims of sexual violence already hesitate to come forward, and some say the Safe Campus Act will make coming forward even more intimidating because of the difficulty proving the rape happened and because of the idea that nothing will happen unless the victim testifies in court.

According to Glavin, the act does not benefit the victim and instead, the way it is written now, benefits suspect interest groups.

Currently, on CSUN’s campus, the police department has control over how a sexual assault crime is investigated and prosecuted. According to the CSUN Campus Plan to Address Sexual Assault from 2009, the university has the power to impose disciplinary sanctions against the accused with the possibility of suspension or termination.

In addition to imposing disciplinary actions against the accused, CSUN police can also impose sanctions against chartered clubs and organizations if the assault occurred at an event.

“I do understand it,” Glavin said. “There have been some cases around the country where the book has been thrown at the suspect, and it isn’t clear because it was a he-said, she-said situation.”

According to the campus plan, in the event of a disciplinary procedure, the accuser and the accused are entitled to the same opportunities, including being informed of the outcome of the institution’s final decision and having others present at the proceedings.

Cleta Mitchell and Trent Lott, supporters and lobbyists for the bill, wrote an op-ed for The Washington Post arguing that, “because schools do not possess the investigative and forensic capabilities of law enforcement, or the due process protections of the criminal justice system, this results in a deeply flawed process that is less capable of stopping and punishing perpetrators and more likely to violate the due-process rights of those involved.”

At first, the act did hold with national groups like the National Panhellenic Conference and the North American Interfraternity Conference, but the groups recently withdrew their support from the act due to the fact that the victim would not only need to report their rape to school officials, but also to law enforcement — decreasing the probability that victims will even report.

“The bottom line is, this is all part of the outpouring from all the sexual assault legislation,” Glavin said, “and as time goes by and cases are handled internally, there are a plethora of different outcomes and that is very hard. It’s a very difficult issue.”