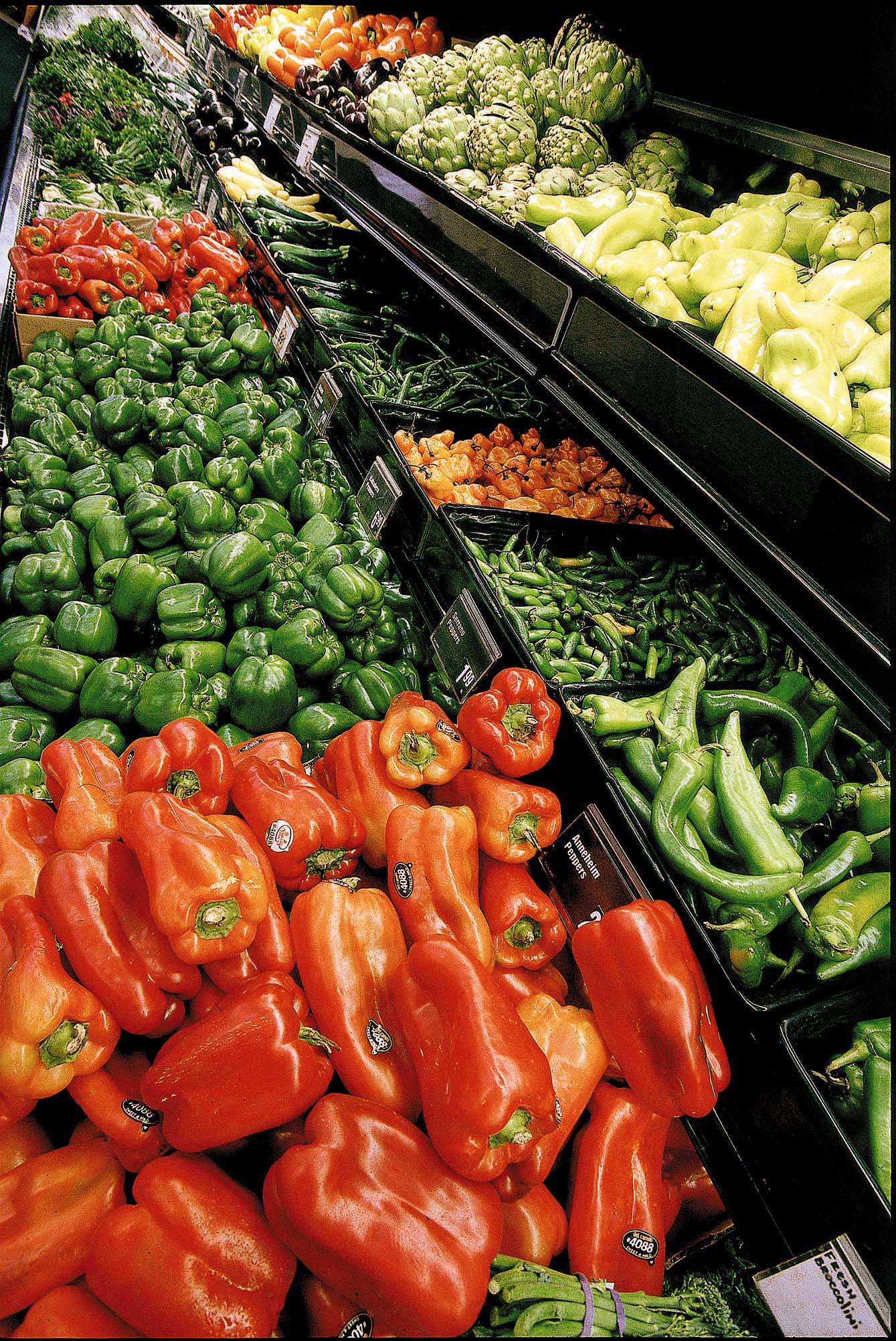 Healthy foods such as produce are found in the perimeters of grocery stores. (BOB FILA/CHICAGO TRIBUNE)

– Brian Tin, 20, is a communication major at CSUN.

Finding healthy food options at CSUN is like finding a needle in a haystack — almost impossible.

Entering the New Year, I wanted to change my lifestyle. I wanted to start exercising often and eating healthier. The only problem is that my healthy eating options were limited to a simple Subway foot long.

There are several food chains on campus and various healthier options in those menus, but are they really healthy? Burgers, fries and burritos are everywhere but vitamin-enriched food has become nearly extinct.

This limitation on healthy food options around campus has become an issue.

Many of the healthy food options are usually located in the east part of campus near the University Student Union — which is mainly just Subway — or in the southwest part of campus next to Jerome Richfield, where the usual salad bars or handmade sandwiches are located.

Now the fact that there are healthy options is a good thing, but sometimes the quality of the food just isn’t reciprocated with the price. The cost of a salad can be up to $5, and you will get a bowl with limited options or sandwiches that are pre-made.

Now come the claims that, even if it is a fast food franchise, they still have “healthy options,” but are they healthy? A chicken Caesar salad itself even has 1,300 mg of sodium. As you can see, that salad itself actually has over half of the maximum Food and Drug Administration recommended daily amount of sodium, which is 2,300 mg.

I have also noticed that these “healthier items” are placed directly underneath or next to the top selling food items on the menu, which in this case would be the Whopper. Burger King is one food franchise on campus to do this, but is it to benefit the consumer or the companies when they attempt to draw students in to try food other than salads.

Now, there are various propositions that could work to make the campus healthier in some ways. One or two more healthy franchises, like ShakeSmart, should be located throughout CSUN rather than be confined to one certain part of campus, because some people don’t even have the time in between classes to grab a bite to eat.

Being healthy doesn’t come cheap, and I understand that. But in this case, the quality of the food just doesn’t match with much of the options provided, let alone the price.

So I propose that the quality of the food is heightened to a point that we know we paid good money for the food we are given. Rather than the farmer’s market coming once a week, it would be nice if they came at least twice a week to not just bring amazing quality healthy food, but to also bring a theme to their sales: healthy eating.

They could speak about healthy choices, share recipes or even have some hands-on practice with students that are willing to stop and learn several healthy recipes.

In conclusion, healthy food options have become a rarity on campus because of difficulties in location, price, quality of food and the questionable healthiness of the food.

Yet, there are several actions that can be taken to make even the slightest change. There can be salads and grilled chicken on the menu, but are they really healthy? That is where the difficulty begins and where the necessity for healthier food options emerges.

One’s health is of major importance, but one cannot be healthy if there are no options to choose from. That is where some change is needed in order to bring balance on this campus in regards to healthy eating.

They say, “You are what you eat.” So, are you a Whopper or a garden salad?