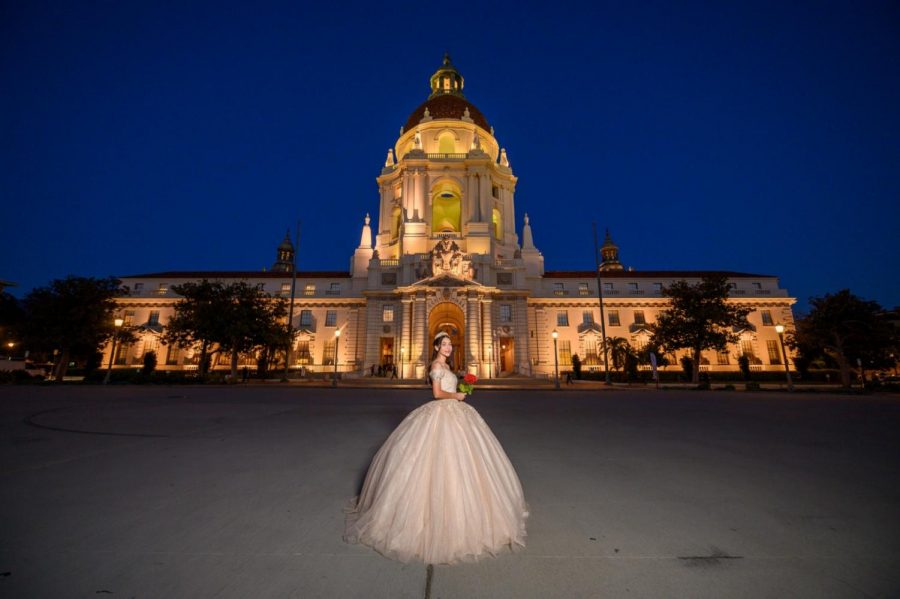 The coronavirus canceled our quinceañera

When my aunt started planning her daughter’s quinceañera last year, she never imagined a disease would get in the way — until COVID-19 entered the picture.

Sitting in their living room, three days before the big event, my aunt Anna Medina received a call from the banquet hall manager telling them the event had to be canceled. Anna and her daughter Andrea were devastated.

“Her little face was so sad,” said my aunt when she told Andrea her party had to be postponed.

With puffy eyes, they FaceTimed my family and broke the news to us. The quinceañera was canceled\; she would have to call the other 150 attendees and advise them to stay home.

The novel coronavirus started at the end of 2019 in Wuhan, China and has traveled over to other countries like Italy, Mexico and the United States. Within a few weeks, many states in the U.S. ordered people to stay home and go out only for necessities. We have been told to social distance and stay away from gatherings of 10 or more people. That proves a challenge when a quinceañera has been on our calendar for more than one year.

My aunt did not think the virus would affect Andrea’s party, nor did she think it would reach this point. Andrea’s quinceañera was actually supposed to be last year, but my aunt had to have knee surgery after months of constant pain. In some cases, families have to postpone quinceañeras a year due to financial issues because it can be quite expensive and time-consuming.

This website breaks down the possible costs of a quinceañera, which can range from $5,000 to $20,000. The cost can depend on the venue, how many guests are invited and other details such as food, music and flowers.

Quinceañeras are an important event and tradition for Latino communities because it celebrates a girl’s passage from girlhood to womanhood at the age of 15. For my aunt, it was important to give Andrea this opportunity since her two older sisters had parties and because when she was little, her parents could not afford to throw her a quinceañera. Her parents — my grandparents — had six daughters and could not throw them all big parties. So my aunt promised herself she would give her daughters that.

After the phone call from the banquet hall manager ended, my aunt looked around her living room and saw the centerpieces, glassware for the dessert table, candy and a dozen alcohol bottles staring back at her. All the things she had bought and prepared for Andrea’s quinceañera were left as reminders that the party had been canceled.

Our family from Nebraska were already on their way to California and my grandparents had arrived from Mexico days before the party was canceled. The COVID-19 cases were already rising and striking fear into the public. My aunt was angry and upset at the situation but in the end, she understood she made the right decision. If it went on, she would have felt guilty if someone got sick because of her party. Such as in Houston, where a couple decided to host an anniversary party of fewer than 10 people and the husband contracted the virus.

People who are not following the requirements set by the government are why the virus is spreading. That is why schools are turning to online classes and social distancing is enforced.

Yes, the quinceañera was canceled last weekend but it could have had a different ending. Our family members could have contracted the virus and we could have passed this on to others, which is the opposite of what we should be doing.

Even though the coronavirus ruined my family’s plans, my aunt and Andrea are hopeful that their new date will not be pushed. We will have to wait five months to party, to drink, to celebrate Andrea and dance the Caballo Dorado, a traditional Mexican party song.

“We were really stressed out about calling people to tell them it was canceled,” said my aunt, “but in the end, our safety is more important.”