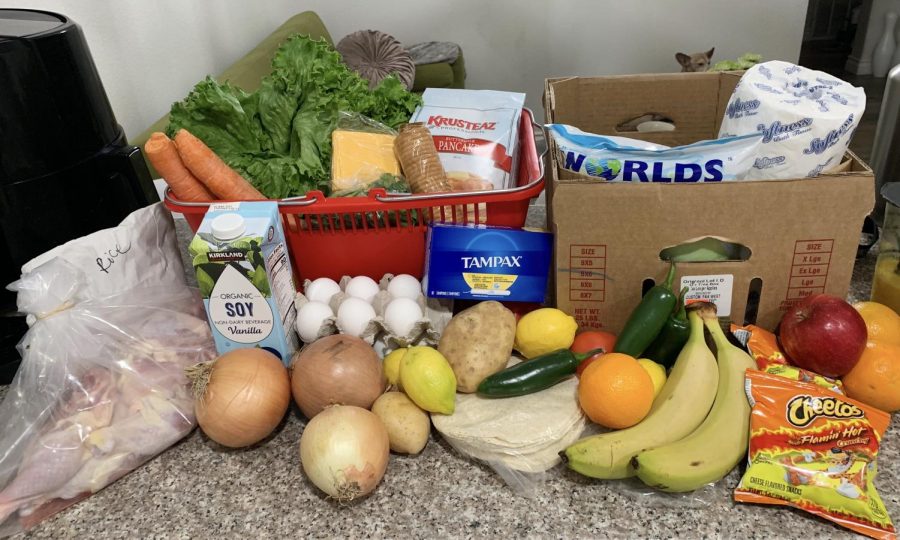 I’m not high risk, but I act like I am

With the World Health Organization classifying the novel coronavirus as a pandemic, supplies have been flying off the shelves at nearly every store. Some markets, such as Vallarta, have allowed senior citizens and high-risk people to go shopping one hour before the general public.

So my dad, who falls into the high-risk category, and I left at 6 a.m. to get in line for the store’s opening at 7 a.m. I went to assist him and to shop for my grandmother.

I work for the Department of Social Services with In-Home Supportive Services as my grandma’s caretaker. IHSS employees are considered essential workers, but many of us are caretakers for people who are high-risk for COVID-19. So because of that, I’ve needed to take extra precautions to make sure I don’t contract COVID-19 and pass it on to her.

When the doors at Vallarta opened, a security guard was letting people in one at a time. The line was about 20 people long and another line for the general public was already forming. Almost everyone had gloves on and some people wore masks too.

The store got a new shipment the night before, yet many items were still out of stock. We were able to find a flat of eggs and one carton of egg whites before they were out. The only toilet paper was a four-pack of Scott that had a limit of one per shopper. The selection of cereal was limited and the meat aisle was completely empty, but the deli did have meats available. While I was there, I was thinking it’s surreal to see a large supermarket so barren. It was like something I’ve only seen in movies.

When I got home, I used hand sanitizer for about the fourth time in the last hour and loaded all the groceries for my grandma into a cart so I could bring them to her home in our backyard. Instead of putting them away for her as I’d normally do, we decided I should just leave them to avoid any more risk.

I’m fortunate to still have a source of income, even if my process has changed. I’m still doing what I can for her, but because I’ve been out in public, we don’t want to take any chances. So for now, I stand outside the door to talk to her and when I need to give her something, I just leave it on the dresser by the door. If I go inside, I need to wear a mask, gloves and take my shoes off.

March 16 was the start of my spring break. It was also the day after Los Angeles Mayor Eric Garcetti announced all nonessential establishments and venues will close for the rest of the month. I’d usually prefer to be at home watching sports or playing video games anyway, but this also came after Major League Baseball and the National Hockey League suspended their seasons. In comparison to everything that’s going on right now, losing sports is a pretty minor thing, but that doesn’t make me miss them any less. Luckily for me, two video games I like — “MLB the Show 20” and “Animal Crossing” — came out in mid-March, so they’ve consumed a lot of my newly-found free time.

I also never thought I’d spend part of my spring break, or any part of my life, helping my mom fill out an unemployment form online. She works as hard as anyone and has done so much to give me the best life she can. But with the surgical center she works at temporarily closing due to the virus, my family lost its main source of income, as many other people in California have.

The pandemic also delayed a project of mine that I was excited to start. The plan was to launch a new publication on Medium — called Dodgers Index — on Major League Baseball’s opening day with 10 friends of mine. However, with the baseball world on hold, there isn’t much to write about, so it’s been put on the backburner for now.

For me, there is anxiety over what might happen next. I know it’s out of my control, but this is going to bring a drastic change to almost everyone’s life — and it scares me. For now, all I can do is try to keep myself and my family safe, because what else can I do?