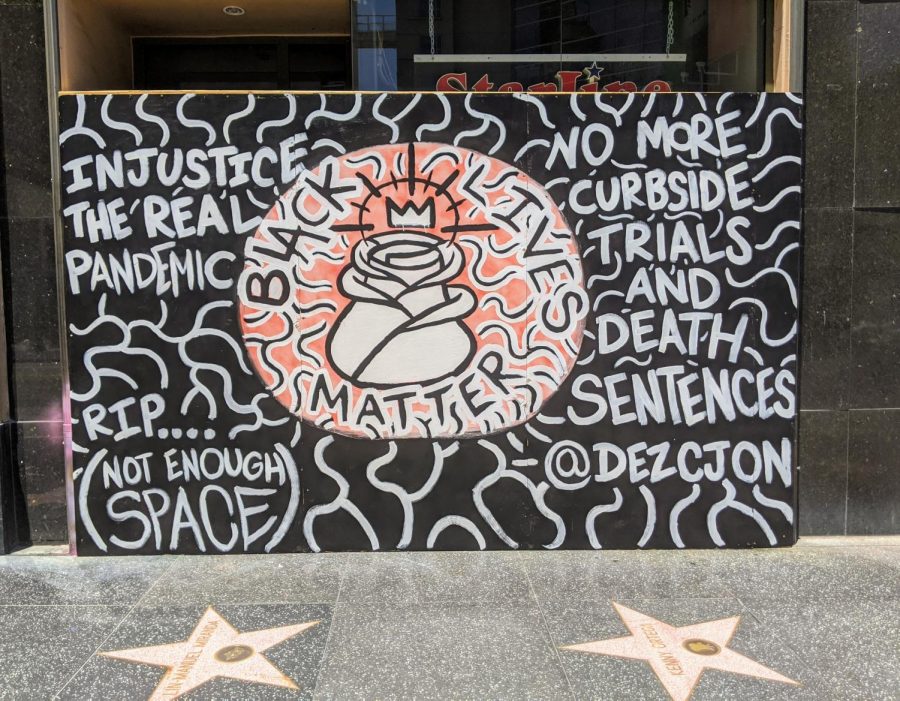 Dezcjon Lathrop’s mural, outside of the Hollywood Pantages Theater.