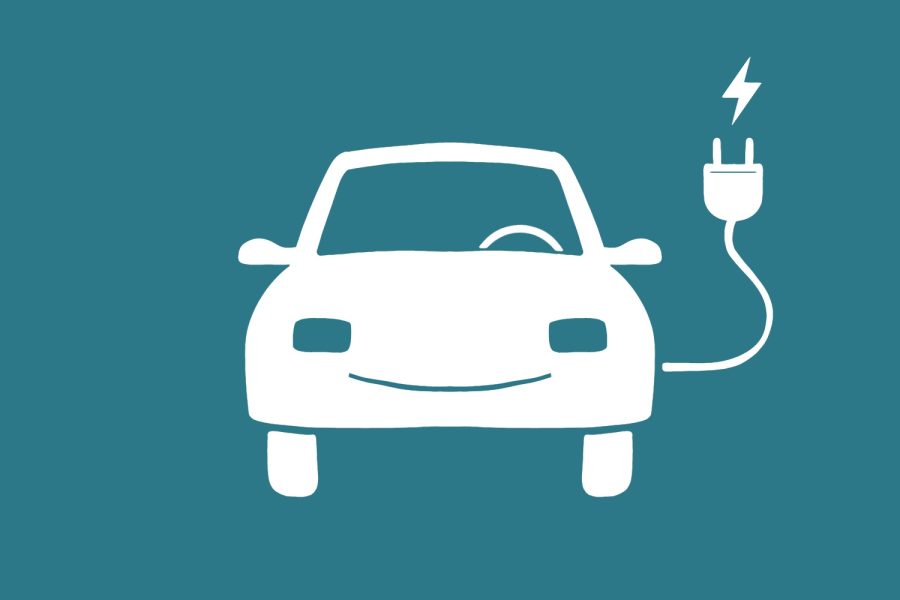 Pro/Con: Are electric cars the only way for a sustainable future? Not quite.

Climate change is one of the most important issues facing society today.

As more people become aware of the dangers, more people are working to become greener, with electric cars increasing in popularity every year.

To put it simply, electric cars are more climate friendly than gasoline-powered cars; however, they still present harmful problems to the environment.

Electric vehicles primarily use lithium-powered batteries to run, but lithium extraction comes at an environmental and social cost — specifically water pollution and depletion, according to a fact sheet on lithium from Friends of the Earth, a nongovernmental environmental organization.

Water pollution is caused by chemical leakage that enters the soil and gets into the water supply. This causes poisonings in communities that rely on that water, according to a report from Salon.
Mining lithium is slow and takes a lot of resources. The process takes about 12 to 18 months and uses approximately 500,000 gallons of water per 2,205 pounds of lithium, according to a report from WIRED.

Nickel and cobalt — the latter of which is often extracted by child labor without protective equipment — are also used in electric vehicle batteries, and the cost for mining them comes at a potentially huge environmental cost, according to WIRED.

Recycling lithium batteries is a difficult process. The plants are costly to build and operate, and require sophisticated equipment to treat the harmful emissions generated by the smelting process, according to Chemical & Engineering News. They also reported the process and materials used to make lithium batteries vary by manufacturers, and the batteries are not designed to be disassembled, which further complicates recycling.

However, lithium batteries can still be used in other areas such as energy storage when they are no longer at the peak efficiency needed for transportation, , according to Loraine Lundquist, a physicist, climate activist and sustainability lecturer at CSUN.

This gives lithium batteries a benefit that lead-acid batteries used in gasoline-powered cars don’t have once they are done being used.

“If you look at the effects overall, and this is not even taking into account climate change, which is the biggest reason to switch to electric cars,” Lundquist said. “But even if you ignore climate change, the overall negative toxic effects of gasoline-powered cars are far greater than the overall negative toxic effects of electric cars.”

Lead-acid batteries have also been the cause of serious side effects, such as lead poisoning.

“There’s no question that some of the rhetoric about the negatives of electric vehicles is coming quietly from the fossil fuel industry,” Lundquist said. “And that isn’t to say that it isn’t accurate. There are absolutely negative effects of all of the different materials that are used in electric car batteries. However, you need to weigh them against the negative impact of what we’re already using.”

Some of the negative effects of lead-acid battery plants have already been seen in Southern California. In 2015, an Exide battery recycling facility in Boyle Heights was forced to shut down after it spewed toxic contaminants, including lead and arsenic, into surrounding communities for decades.

These communities are still seeing the effects of this nearly six years later, according to LAist. It was also recently reported by the Los Angeles Times that a bankruptcy case could allow Exide to evade the cost of the cleanup, which would force taxpayers to pay for it.

So while electric vehicles do present a greener alternative to gasoline-powered cars, the most climate-friendly solution is to make a switch from personal vehicles entirely and invest in affordable housing, bike infrastructure, mixed-use housing and public transportation.