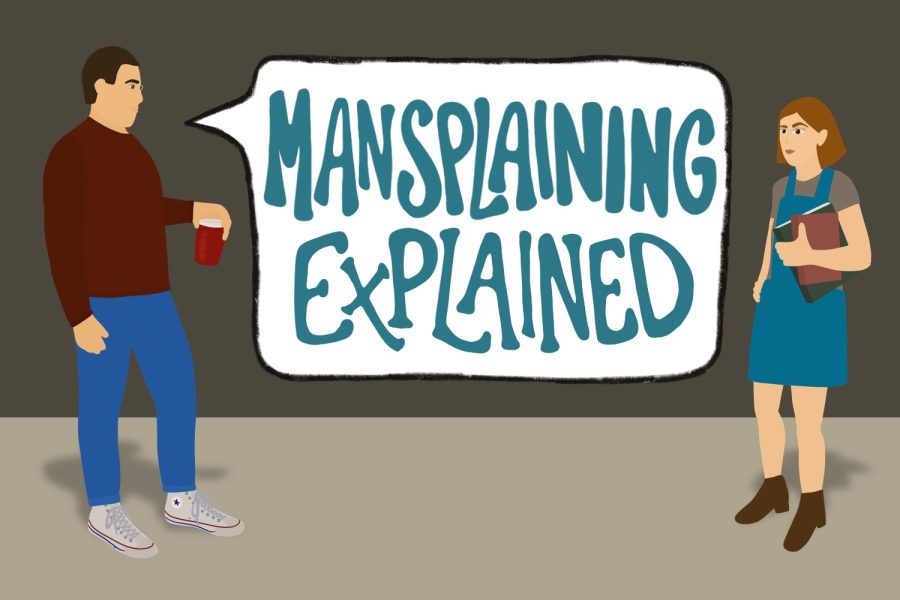 The sounds from party music and chatter are muffled from the door separating the people inside and those who stepped out onto the patio for a smoke. The haze from the smokers left a film under the dimly lit wood awning.

I stepped out to get a bit of air and locked eyes with one of the men I had just met that evening. We continued to catch each other’s gaze throughout the night but had not taken the moment to introduce ourselves.

He asked the usual introductory questions, who I was and what I do. I told him I was a full-time student, which led him to ask what classes I was taking. I listed a few, but I was most excited to share about the introduction anthropology class. He then said he was an anthropology major.

This was exciting to hear and I looked forward to having a discussion about this topic.

He began to throw out vocabulary which I learned in class during the semester, but anytime I would begin to say something, I was immediately talked over and dismissed.

As the “conversation” continued, I found it harder to pay attention and feel engaged. He continued to tell me about what seemed to be everything he knew about the topic, but this left little to no room for any engagement.

I wound up feeling drained after he finished talking. I didn’t understand at the moment why I felt so exhausted after that interaction. A friend who I came to the party with happened to eavesdrop on us. She informed me that he had been mansplaining the topic to me for the last fifteen minutes.

The Merriam Webster dictionary defines mansplaining as, “to explain something to a woman in a condescending way that assumes she has no knowledge about the topic.”

I had hoped to bring up the things I learned in the course and expand on them through a mutual conversation. I did not have the opportunity due to the assumptions made before taking a moment to listen to what I had to say.

I’ve heard countless stories from other women in my life on what they had to deal with, like a boyfriend explaining the entire plot of a video game that she had played for years in front of him, to a man explaining lesbian sex to a queer woman. This phenomenon continues to happen and many people are unaware of it.

Since this encounter, I started taking note when people would mansplain to me. It not only came from men but other women as well. It brought feelings of constant anger and annoyance. Until I actually stood up for myself, I finally figured out what needed to be done.

That’s when it dawned on me: maybe I could have avoided so many unappealing encounters if I just spoke up for myself instead of worrying about hurting someone’s feelings.

Women are taught to be polite and tone down their opinions, whereas men commonly communicate with a “well I … ” one-up competitive mentality. This dates back to our adolescence and how we communicated within the gender groups.

According to a research article from the Open Journal of Modern Linguistics, “On average, women use more expressive, tentative, and polite language than men do, especially in situations of conflict … Men, on the other hand, are viewed as more likely than women to offer solutions to problems in order to avoid further seemingly unnecessary discussions of interpersonal problems.”

The first step to solving this sore on social behaviors is self awareness. Noting your conversational partner’s response or lack thereof. Asking yourself questions like, “Is this a mutually beneficial conversation?” and checking in to ask questions to gauge what the person you are talking to already knows.

People can’t read minds but you can get a pretty good idea from asking and listening. Before you go into a long explanation, ask them what they know. Even if you’re an expert, you may be surprised at what you can learn from others and how enriching your conversations will be with just a bit of awareness and mutual respect.