Letter from the Editor – Issue 8 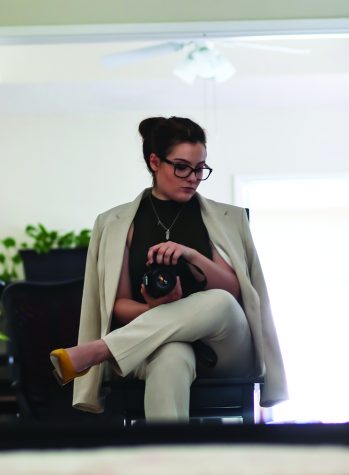 Being a gay woman navigating the new age of dating has been far from linear. Yes, that was a non-straight joke. I’ve experienced all the gay stereotypes: falling for the straight girl, married women asking me to be their “third”, dating long-distance, and the hardest one of all, falling in love with my best friend.

Whether you are gay, straight or anything in between, modern-day dating is a wild ride. From ghosting, an overflow of apps, and anxiety-filled interactions, it’s a rough time to be single.

I attempted virtual dating in the midst of a global pandemic. We tried virtual movie nights, virtual workouts, and finding recipes to cook together over Zoom. Romantic, I know. We did our best to make it work. This inspired creative ways to share our love languages from afar, but it became harder to feel connected. The distance and virtual fatigue got to us both.

Online dating brought us together, but at the end of the day we are human. Our physiology needs in-person connections.

As our generation learns to break from traditional beliefs, less of us seek marriage, kids, monogamy and other nuclear ideologies. We now prioritize ourselves and our mental health while shaping a new culture of relationships.

As the editorial team discussed this issue’s cover, we tried to break down how we could visually convey the feelings of dating under the current social conditions.

You may be asking yourself, “What’s with the eggplant on the cover?” Believe me, this was one of the strangest photoshoots I have ever done.

Those who have experienced the world of online dating know that if someone is not offering their heart, it’s just about sex or money. As a woman, this was a consistent theme while virtually dating. I’ve seen people meet their soulmates online, but sometimes it takes filtering through the unsolicited eggplants before meeting prince or princess charming.

This issue takes a deep dive into the world of modern dating. We hope you find something to relate to as you flip through the pages of dating in this virtually-driven life.