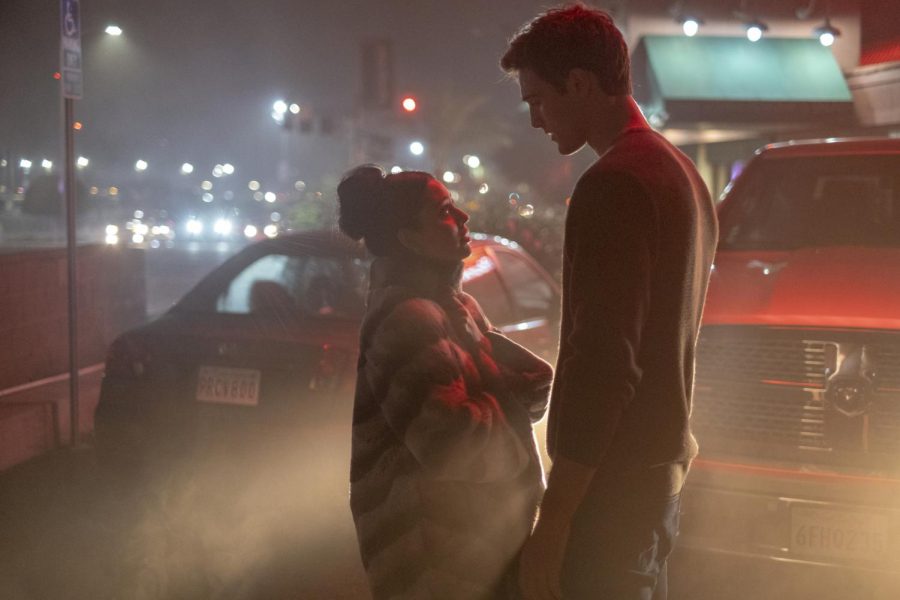 While millennials and Generation Zers are constantly bombarded with depictions of sex and the pressure to have it through pornography and television, young adults and teenagers are having less sex than previous generations, according to psychologist Jean Twenge.

Younger generations might value relationships, but the idea of sex has taken precedence over the emotional. Survey data collected in the journal Sexual Addiction & Compulsivity from 400 internet users revealed a correlation between pornography usage and loneliness.

According to The Journal of Sex Research, easy access to pornography means young adults are more likely to consume it than previous generations. For male college students, 67% agreed that pornography is “an acceptable way to express one’s sexuality,” while only 37% of their fathers felt the same. Nearly 50% of female college students agreed, compared to just 20% of their mothers.

Television paints the image of young adults today as sex obsessed, but that’s not entirely true. By combining seven large studies done between the years 1976-2016, Twenge found that young people today have less sex, do less drugs, try alcohol later, and go out less than any previous generation.

Rae Alexandra, arts and cultural writer for KQED, explained that although television depicts young adults as sexually promiscuous, the number of teens having sex is dropping.

“Yet the 17-year-olds in ‘Euphoria’ are presented as doing almost nothing else,” said Alexandra.

“Euphoria” is a popular HBO show that is setting viewership records as it depicts the complicated lives of a group of high school students navigating the world of sex, drugs, trauma, relationships and identity.

In the pilot episode, Kat, played by Barbie Ferreira, sits in a room full of boys. They ask her questions about her sexual history, insinuating that she isn’t cool because she is a virgin. Embarrassed, she lies about her sexual experience. When asked about her “body count,” the number of people she has slept with, she insists her number is high.

Growing social anxiety might be a reason for young adults and teenagers having less sex. The Centers for Diesease Control and Prevention released a Youth Risk Behavior Survey that found a decrease in sexual intercourse among high schoolers from 1991-2015.

Tara Parker-Pope of the New York Times said social isolation in millennials can explain why they are having less sex than older generations. Sexual activity of young adults contradicts the way the media portrays hookup culture. In a report by San Diego State University, 15% of young adults born in the 1990s reported having no sexual partners since turning 18, compared with only 6% of Gen Xers.

We see the sexual divide between generations, but what about the divide between those who participate in casual sex and those who don’t? Lisa Wade, sociology professor and author of “American Hookup: The New Culture of Sex on Campus,” discussed the reality of hookup culture for many students.

“About a third of students opt out altogether; they find hookup culture unappealing and would rather not have sex at all than have it the way this culture mandates,” Wade said in the Scholars Strategy Report. Some claim mental health can be affected by participating in casual sex.

Paker-Pope contends that engaging in hookups makes sex less meaningful. A 2018 survey from Cigna showed that people ages 18-22 are reported to have the highest loneliness score, 48.3%, while those 72 and older are the least lonely, at 38.6%.

Susan Krauss Whitborne, psychology professor and writer for Psychology Today, reported that, “College students who recently engaged in casual sex reported lower levels of self-esteem, life satisfaction, and happiness compared to those who had not had casual sex in the past month.”

This is not to say that casual sex makes you depressed, but rather that loneliness can be casued by impersonal relationships. Loneliness can lead to “forms of anxiety, depression, suicidal ideation and poor health behaviour like disordered eating, substance use, and poor sleep quality,” said psychologist Nancy Sokarno.

With casual sex considered a rite of passage for college students, the importance of affirmative consent is needed now more than ever. Ideas of consent can be effected for those who are engaging in sex with these current ideas of intimacy, shaped by isolation or pornography.

Leah Fessler, a gender and relationships reporter, told The Atlantic that instances of sexual assualt on campuses are always credited to intoxication but hardly ever look at the social pressures that push students into engaging in hookups. Sexual assualt statistics done by the Rape, Abuse & Incest National Network shows that 54% of people between the ages of 18-34 have reported being a victim of sexual assault.

Barrett Morris, CSUN’s Title IX coordinator, explained that when students don’t have a respect for principles like intimacy and consent, rises in sexual assault can be the result.

“Grown-ish” follows the life of Zoey Johnson as she explores relationships, college and friends. In an episode titled “Messy,” affirmative consent is questioned after rumors spread about two students hooking up while under the influence. As a result, the school enforces an “Enthusiastic Sober Consent” policy, similar to that of Title IX’s affirmative consent.

Some students are against the policy. The group is divided, with the majority of them arguing that the policy would ruin their college experience. This scene portrays college students as sex obsessed. One character argues, “We came here to meet new people, get trashed with them and then have sex with them.”

There are also young adults who feel pressured by the culture of hooking up.

Alexis Mendez is a member of CSUN’s Campus Care Advocates, a group that assists in confidential crisis care on campus.

“While some feel fulfilled by hookups, others may feel pressured by media or peers to engage in these kinds [of] sexual encounters,” said Mendez.