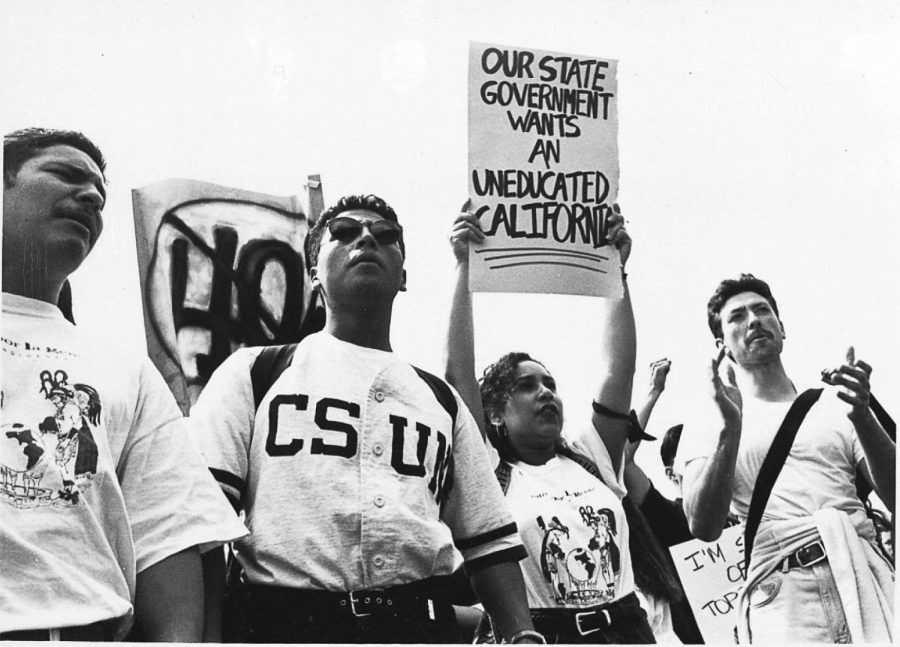 Freedom of speech is a sacred right, yet it’s a principle that is continuously being infringed upon in societies around the world.

In the 1960s, students held demonstrations on campuses across California, protesting policies that restricted students from involvement in off-campus politics. When CSUN was still known as San Fernando Valley State College, students protested for the need of a welcoming atmosphere that provided equal opportunities, specifically for Black students. These demonstrations were known as the Storm at Valley State.

This fight never gets old. To this day in the 21st century, students are still fighting for their freedom of speech.

Chinese international students censor themselves out of fear of being reported to government officials, according to Human Rights Watch. They censor themselves because the Chinese government closely monitors international students’ actions overseas. China’s political influence on students’ academic freedom has become such a concern that Human Rights Watch created a 12-point code of conduct in 2019. This code helps colleges respond to threats by the Chinese government to students’ academic freedom.

While freedom of speech is a fundamental right that is continuously being fought for, it isn’t equally distributed globally.

In Honduras, college journalists are being taught how to gain access to information and data since they lack resources due to a corrupt government. Yet, the institutions training them, like the Association of Journalists of Honduras, have repeatedly violated transparency laws. The association has refused to allow the public information on the use of money from pensions. The lack of care defeats the concept of students learning the proper ethics of journalism.

Without free speech, there is no progression in society. People become repressed and are forced to accept living conditions that ignore their needs.

“Free speech has always been important throughout history because it has been used to fight for change. When we talk about rights today, they wouldn’t have been achieved without free speech,” said Rachael Jolley, magazine editor at Index on Censorship, in a piece on her website.
This continuous battle between censorship and free speech isn’t a new one. It’s been fought by activists for centuries.
When slavery was still legal and racist laws used explicit language, freedom of speech was not given to slaves. Yet, The Liberator, an abolitionist newspaper, influenced anti-slavery crusades in the 1930s by denouncing racist practices.
The paper was met with major backlash from southern states. Laws censoring and forbidding Black children and adults from being taught how to read were created.
This form of restraint is more explicit and direct on how harmful censorship truly can be. Lack of freedom of speech limits diversity because it allows only authoritarian views in society.
In Texas, a bill that limits critical race theory being taught in classes was signed into law in 2021. The dismissal of learning about race creates an ignorant atmosphere where these topics are nonexistent. When students are not allowed to learn about their own race identity, it limits their perception as a whole.
What we must also understand is that our battle for freedom of speech isn’t always as explicit. Nor, because one nation has more of this freedom than others, does it mean we’re advancing.
The idea that Chinese international students are fearful of outwardly expressing their freedom isn’t just their problem. It’s everyone’s problem. These foreign policies that create a climate of fears for students thousands of miles away from home is alarming.
Forty-three students from Mexico were kidnapped, tortured and killed by the police and cartel as they were on their way to a protest. Students worldwide have faced the concern of restrictions on their freedom of speech.
It’s a continuous fight that has taken many forms and remains sacred to those with access to it. It allows for outward expression of one’s thoughts, culture and beliefs. Without these expressions we have no diversity and we have no creativity.
As Amelia Blossom said, “Learning to live, living to speak, speaking for freedom.”