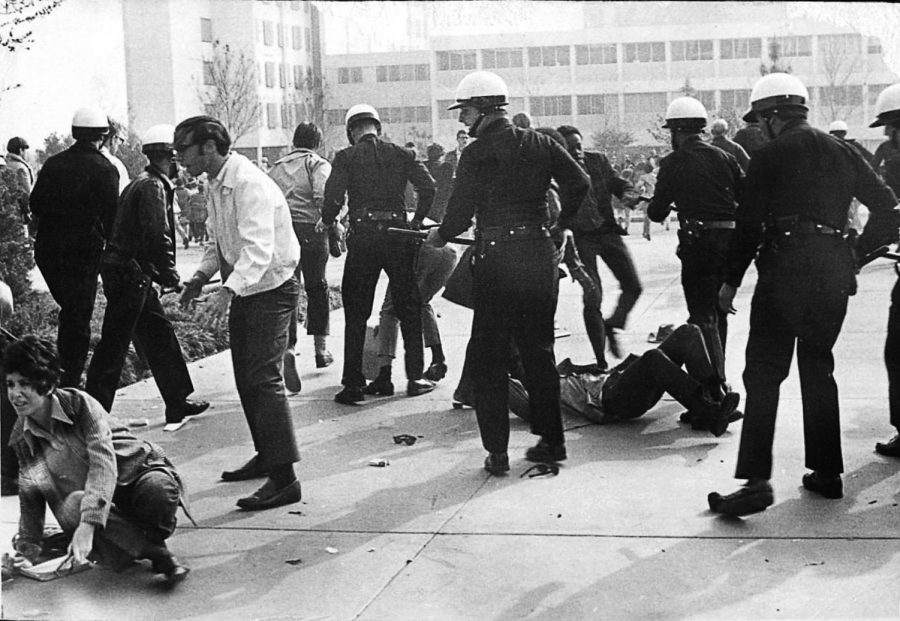 Project Rebound, an organization focused on reintegrating formerly incarcerated individuals that wish to enroll in the California State University system, sent out a letter on March 8 to CSUN President Erika D. Beck and several other administrators. The organization is demanding that CSUN take steps to make amends with the Black students who organized protests in 1968.

College campuses have historically been a breeding ground for social justice advocacy. The 1960s was an era of political activism. The civil rights movement and the war in Vietnam sparked demonstrations across college campuses. Protests were often met with police force and attempts to suppress and silence protestors.

CSUN’s past is no different.

On Nov. 4, 1968, numerous students and protestors were arrested during a demonstration on CSUN’s campus, known at the time as San Fernando Valley State College. During this uprising, students locked CSUN President Paul Blomgren and other faculty in an office for about four hours, according to the Sundial archives.

Student protestors advocated for the growth of more equal opportunities programs, the reduction of “unwarranted and excessive presence of police” on campus, and the termination of the then-football coach Don Markham, after he allegedly kicked a Black student-athlete.

Four days after the protest, students drafted a press release that stated, “We demand that due process of law be observed, preferably tempered with justice. The implications of the charges brought against the students involved in the incident of Nov. 4 will have an unreasonable and debilitating effect on their lives.”

According to the executive director of Project Rebound, CSUN professor Martha D. Escobar, a criminal record presents many barriers for students trying to enroll in higher education.

“To be a student you need some level of stability, and people that have been incarcerated may lack that stability,” Escobar said. “They’re coming out [of incarceration] in worse condition than when they came in because of the criminal record. Now they’re dealing with employment and housing issues, and then there’s the trauma.”

Escobar believes that CSUN should not only acknowledge its past and the university’s alleged punitive response to the protestors, but also recognize the impact that activists have had on CSUN.

Members of Project Rebound would like to see the university do whatever it can to assist in expunging the criminal records of those who were arrested in 1968.

In a statement to the Daily Sundial, CSUN President Beck said that her office is currently reviewing the requests of Project Rebound.

“These circumstances and the fight for equitable access to education weighs heavily on my mind, as it does as well for our Black Faculty & Staff Association (BFSA) who originally approached me about this matter,” Beck said.

The Project Rebound team also said in their letter to the president that CSUN’s reconciliation with its past is important because many of the struggles and issues that affected students back then are still present today.

One of the changes Escobar would like to see from the university moving forward is the reallocation of its resources and money, as well as for CSUN to diversify its professors.

She referenced a report by the California Faculty Association that claimed that as the population of CSUs has transitioned from being predominantly white to being much more diverse, the university budgets have declined.

“I think there are a lot of good intentions. We’re moving in the right direction but there is so much work to be done,” Escobar said in regards to CSUN’s efforts to address inequalities. “It’s a matter of getting organized and getting everyone on the same page.”