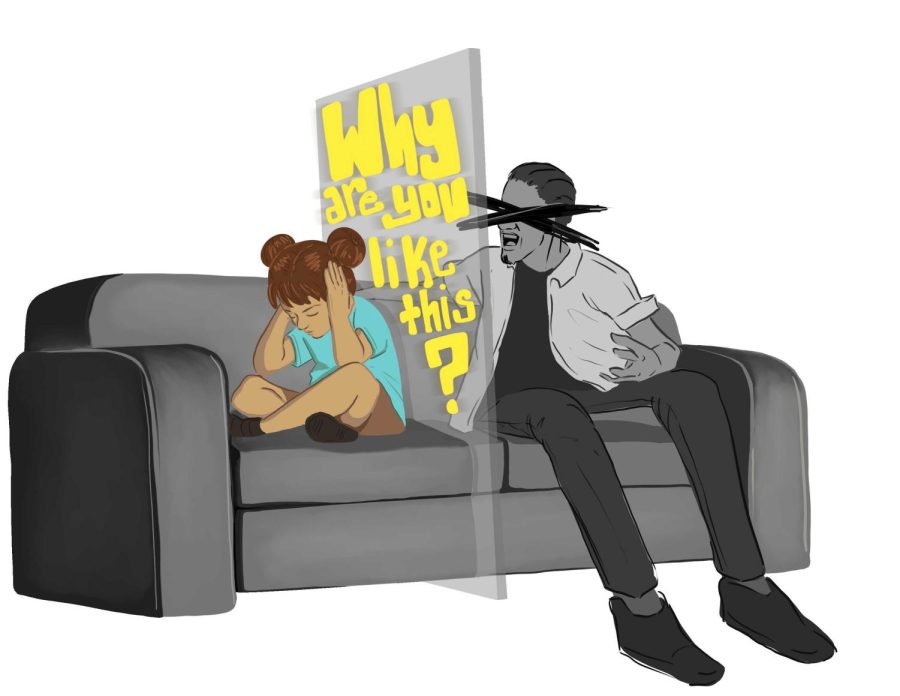 A deeper look at toxic traits and passing burdens

There is not much research on generational trauma since the topic is fairly new. Psychiatrist Vivian M. Rakoff studied the high rates of psychological distress among children of Holocaust survivors in 1996. These were the first articles on trauma passed through generations.

How parents and grandparents choose to deal with their trauma will affect their family in positive or negative ways, for generations.

“In some families, poor parenting and unsupportive family relationships are seen as normal and these patterns repeat and cause damage in subsequent generations,” said Franco in a PsychCentral article.

Duke University’s Office for Institutional Equity reports two unhealthy coping mechanisms that are a result of trauma being handled in a negative way. The first is denial, which is refusing to believe the trauma happened. The second is minimization, which is ignoring the impact of the trauma.

Mental health and genetics can be significantly affected by generational trauma, according to licensed clinical professional counselor Elizabeth Crush, who wrote in a Good Therapy blog that a traumatic experience can alter your body chemistry, changing your genes.

Epigenetics are the inherited changes that impact your genes without affecting the DNA. Franco said epigenetics can increase your vulnerability to various mental disorders.

Stigmas can make seeking help hard and negatively affect mental health. Stigma and unawareness of mental health can lead to the transmission of trauma over generations. The American Psychological Association report on mental health needs stated, “biases, prejudices, and stereotyping can also play a central role in contributing to disparities in quality of care and outcomes experienced by racial and ethnic minority youth.”

Graham Thornicroft is a professor at the Institute of Psychiatry in London. In a peer-reviewed study he explained that stigma surrounding mental illness has worse consequences than the actual illness itself. The study uses social contact as an intervention method to combat the stigma surrounding mental health. Using social contact for a short amount of time was helpful, “However, the evidence for the longer-term benefit of such social contact to reduce stigma is weak,” said Thornicroft.
Mental health-related stigma can be connected to what an individual observes in social interactions. This social cognition can give importance to stereotypes, prejudice and discrimination. “Self-stigma is included in these models and occurs when people with mental illness accept the discrediting beliefs (stereotypes) held against them,” said Thornicroft.

People of color face more stigma when it comes to mental health due to complex cultural and community factors. A 2020 study done by psychologist Ozlem Eylem shows there are strong stigmas for mental disorders among minority groups. After looking at 29 studies with 193,418 participants, racial minorities showed more stigma compared to racial majorities for mental disorders and getting treatment.

“The consequences of stigma are worse for racial and/or ethnic minorities … [since they] often experience other social adversities such as poverty and discrimination within policies and institutions,” said Eylem.

Despite social stigmas, younger generations are more likely to seek help when it comes to mental health. A social marketing survey showed that with positive reinforcement rather than stigma, more people sought treatment for their mental health.

Sophie Bethune reported for the APA that Generation Z is 27% more likely to report their mental health compared to other generations. While millennials are 15% likely and Gen Xers are 13% likely.

“More than nine in 10 Gen Z adults said they have experienced at least one physical or emotional symptom because of stress,” said Bethune. Whether this is due to intergenerational trauma is too hard to tell.

People in the community contribute in shaping views surrounding mental illness. Research officer at the Mental Health Institute, Ellaisha Samari, did a study on the perceived mental illness stigma among family and friends of young people with depression. The study found that improving understanding of mental health among family and friends encourages young people to seek help.

“Aside from the family’s response, exposure to stigmatizing responses from peers towards mental illness too can influence the way individuals with mental illness cope,” said Samari.

Stigmas are taught through the parent or grandparent. Duke University’s Office for Institutional Equity reports that older generations set the standard for younger family members on how to handle trauma and on acceptable behaviors. “A parent or grandparent who never truly healed from or explored their own trauma may find it very difficult to provide emotional support to a family member suffering from his or her own trauma,” the report stated.

Relationships can also be formed through generational trauma. Urban Dictionary, a crowdsourcing website, defines words and their new definitions. According to this site, trauma bonding is “when you have [an] almost impossible to sever, attachment to someone that is rooted in a common traumatic experience.” A trauma bond can explain why traumatized groups tend to stick together.

Bonds can be shared through pain, as well as emotionally and mentally. Psychologist and researcher Brock Bastian published a report called “Pain as Social Glue.” In this report, he found people can create bonds through shared physical trauma. He compared this information to the camaraderie between soldiers on the battlefield.
“Participants in the pain condition reported higher bonding … than did those in the no-pain condition,” said Bastian.

Awareness of intergenerational trauma and its effects can be a great way to learn from them. Franco said, “Understanding how and why abuse and trauma are transmitted through the generations can increase compassion towards ourselves and our family members.”

Research on intergenerational trauma is still fairly new. Understanding the full effects might take more time. Co-founder and director of the Group Project for Holocaust Survivors and Their Children, Yael Danieli, tells Tori DeAngelis from the APA, “It behooves us to study this area as widely as possible, so we can learn from people’s suffering and how to prevent it for future generations.”