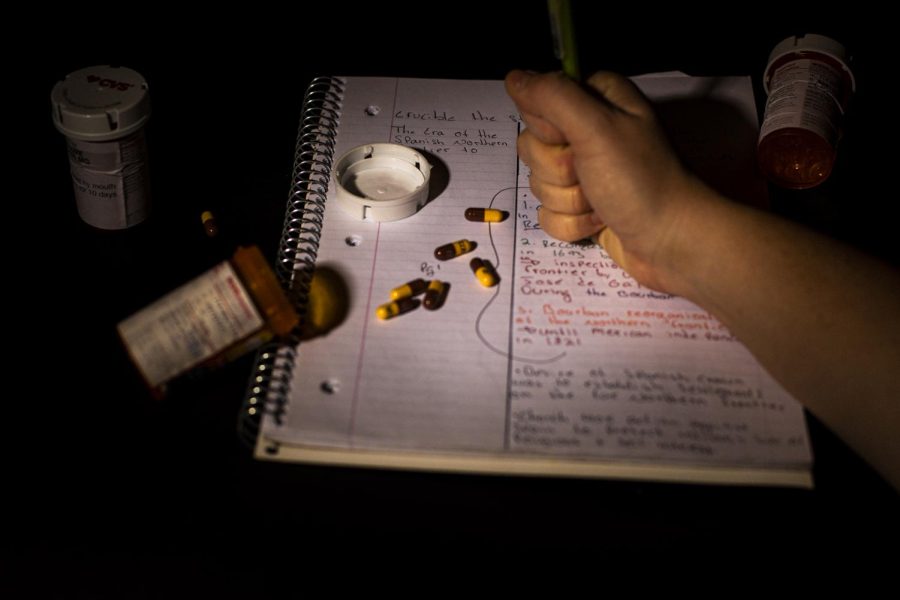 “It break my heart in half that people like me, struggling for some light but still lost in an addiction, are now dying in droves because of fentanyl,” said Troy Barnes.

Through the Dark and Back Again

A personal account of addiction and the journey to healing

I never wanted to admit I had a problem. I wanted to kill my pain, not cure it.

For six years, my drug use was like lighting a match in the abyss for a moment of warmth and light in the cold darkness of my mental cosmos. When the match burnt out, I was still in the abyss. I felt like a prisoner to drugs and my own mind.

But I still always had hope. Deep inside me I knew that there was a chance I could be better. I could be sober, but I had to get out of the abyss. I had to address my mental health.

I have been clean for the last four years and can confidently say that I’m better. Through counseling I have gotten a much deeper understanding of myself and how my mental health affects my actions.

Opiates were also present in 20% of deaths by suicide, according to the Substance Abuse and Mental Health Services Administration. According to SAMHSA, drug or alcohol dependency is associated with a 10 times higher suicide risk.

Sam Quinones is a former Los Angeles Times reporter and award-winning author who has extensively covered drugs in America. He has seen a connection between mental health and drug addiction.

“I would say that you can see it frequently. Now what causes what is a whole other question. Do people fall into depression after becoming addicted to drugs or vice versa?” Quinones said. “Some begin with one, some begin with the other, sometimes with drugs people very commonly fall into homelessness and that breeds its own kind of mental illness. It’s difficult to talk about them separately but I think there’s connections between all three that are common.”

In hindsight, my drug use evolved into the way that I coped with how I felt about myself. I have struggled with depression and anxiety since I was barely a teenager and opioids, Xanax and Adderall became the wool I put over my eyes.

But times have changed drastically since I got clean. When I was using, I could access pharmacy-quality pills and cough syrup on the street without much fear of something being fake, ending up stronger than what I was tolerant to and risking an overdose.

Now, fentanyl has completely destroyed that illusion for addicts today.

Fentanyl used to be this almost mythological drug for opioid addicts, but was practically unattainable because of the strict medical controls around it.

None of them, myself included, ever thought it would be ubiquitous on the street.

According to Quinones, fentanyl has been on the street in states hit hard by the opioid epidemic, like West Virginia and Ohio, since 2014 but it took until around 2017 to start appearing on the West Coast.

“At first [fentanyl] was coming from China but only in small quantities that they could mail but that did not cause the problem we have today. The problem we have today was really created when traffickers out of Mexico in around 2017 figured out how to make fentanyl and began to get the chemicals that they needed from Chinese chemical companies,” Quinones said. “The quantities of chemicals that they were able to procure and the ready knowledge of how to make fentanyl meant that all of a sudden you had production that far far outstripped anything that was possible to be sent through the mail through China.”

Fentanyl is death in powdered form and it’s insanely potent.

Try to imagine 200 individual particles of baking powder; that much fentanyl is about the same strength of the highest dosage of morphine pills and enough to cause a fatal overdose.

The deluge of supply started making dealers mix fentanyl with other drugs. It’s being mixed with cocaine and methamphetamine, causing overdoses and creating new opioid addicts from people who only intended to use stimulants.

In September 2021, four comedians who thought they were only using cocaine all suffered from fentanyl overdoses and three of them died as a result. Actor Michael K. Williams also suffered a fatal overdose from fentanyl-laced cocaine.

“With the drugs of today there is no such thing as recreational drug use anymore. We grew up for the last 50 years with this idea that you could go to a party and someone gives you a pill or you do a line of cocaine you can do it no problem. Now there is a very high chance that you will die. All the myths of drugs that we scoffed at when I was a kid have now become true,” Quinones said.

It breaks my heart in half that people like me, struggling for some light but still lost in an addiction, are now dying in droves because of fentanyl. According to the National Institute of Drug Abuse, drug overdose deaths since 2017 have almost doubled to 91,799 in 2020.

I could have been one of them, but I chose to fight for my life.

But after I did some research, rehab was out of the picture for me.
Rehab centers are sadly very expensive and it can be a battle with insurance companies to cover it. Drughelpline.org states that a 30-day detox program costs between $250 and $800 per day and a three-month outpatient program can cost as much as $10,000.

My path to sobriety was thus very nontraditional. I was hospitalized for debilitating stomach cramps from an autoimmune disease and one of the doctors asked me if I had a drug problem after seeing my bloodwork.

He offered to prescribe me Suboxone, a drug that blocks opioid interactions in the brain. It helped alleviate the physical symptoms of withdrawal and made me dramatically cut down my drug usage slowly to zero over a few months, but mentally I was still an absolute trainwreck.

The weight of all the guilt, shame and anger for those six years felt like a mountain falling on my back and my depression and anxiety started to make my life seem unlivable.

Fixing my mental health became my first priority, but I thought I had few options. Medication either never worked or made my mental health worse and more than anything I wanted to feel like someone cared about me instead of throwing a prescription at me.

I found a therapist who specialized in addiction. From the jump, he saw potential in me. He was dedicated to my recovery and available when I needed him the most. He was blunt and poignant, criticizing me when I needed to hear it and becoming a sage when I needed wisdom.

He was the hand that pulled me from the abyss.

Counseling helped me lift that mountain off my back and begin to plant a forest at its foothills. My relationships with family, friends and loved ones rekindled or became stronger. Addressing my mental health gave me back normality.

One thing addicts want everyone to know is that we are human. We are flesh and blood. We have hopes, dreams, aspirations, relationships, wants, needs and motivation. We want to be seen as people, because when we aren’t we can sit in the abyss.

And sometimes all we need is that hand reaching down to pull us back up.