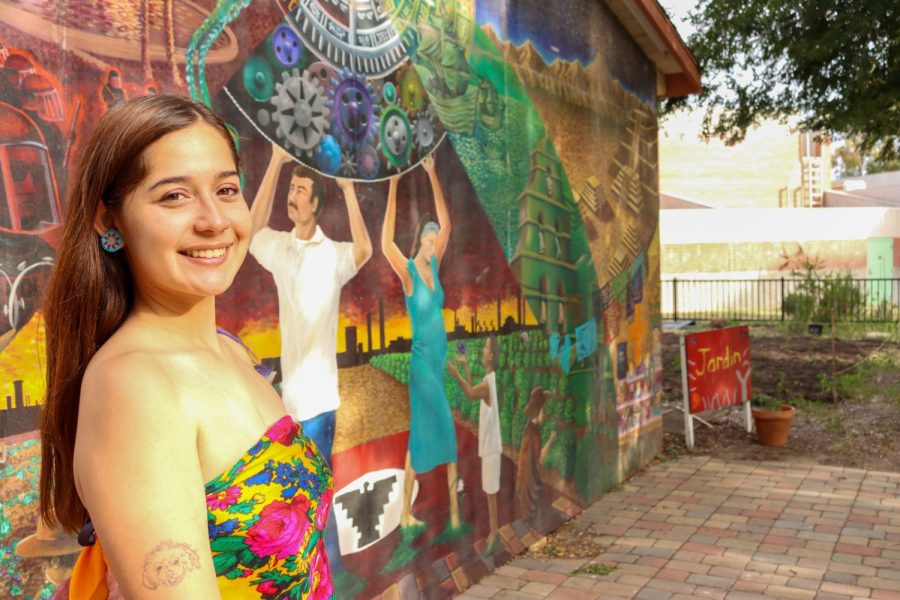 Stephanie Barboza outside the AISA house at CSUN in Northridge, Calif., on April 18, 2022.

The journey toward graduation and feeling grateful for the challenge

An unlikely duo, but also the perfect team is found among them. It is a Monday afternoon in a small back office of Jerome Richfield Hall, where Isaac Michael Ybarra and Stephanie Barboza are planning out the remainder of their last semester as president and vice president of the American Indian Student Association.

Although they walked different paths, they share a link: the desire to serve their native communities, and in turn better themselves.

Ybarra and Barboza are no strangers to facing challenges in pursuit of their education, with each having their fair share of roadblocks.

For Ybarra, a film major, higher education ran in the family, so to speak, and he considered himself a legacy student. His father, stepmother, grandmother and aunt all attended and graduated from CSUN.

“I was encouraged to not quit and just follow through with my schooling,” Ybarra said. “There’s a lot of experiences and opportunities that I would not have been able to grasp if I wasn’t in school.”

During his time at CSUN, one of the opportunities and challenges Ybarra faced was studying abroad in Italy. He was originally scheduled to stay a full three semesters, but was sent back to the U.S. when the pandemic broke out.

“I was a little disorganized and unprepared,” Ybarra said. “I did not want to take a semester off, so I just decided to take an extra semester of electives.”

In addition to having his education abroad interrupted, Ybarra also had a brush with danger when he was involved in a serious car accident.

“My life flashed before my eyes and it made me look at things differently,” Ybarra said. “I realized wow, I just survived something and there is a meaning to life, I need to do something big.”

It was after his accident that Ybarra decided to get more involved with his community and become an active member of AISA at CSUN.

Similarly to Ybarra’s story, Barboza has had her fair share of close calls and life-altering events.

The Chicano/a studies major, who is also minoring in American Indian Studies, shared that her educational journey was not the easiest, but that she feels grateful.

“I think at least once a year I was in emergency housing,” Barboza said. “That is something a lot of students face and people don’t talk about it a lot. I think that is why I took on leadership positions at CSUN to advocate for more resources and help.”

Barboza also shared that she had dealt with several health issues due to the stress she was facing over classes, housing and her mental health.

“A lot of it was learning how to deeply heal and deal with things in a healthy way,” Barboza said. “I just needed someone to talk to and help. That’s why it was so nice to find the Chicano house and the AISA house where we would do healing circles.”

Besides the barriers that would dissuade others from continuing their education, both Ybarra and Barboza have stated that they feel grateful for the chance to grow and for what the future holds. 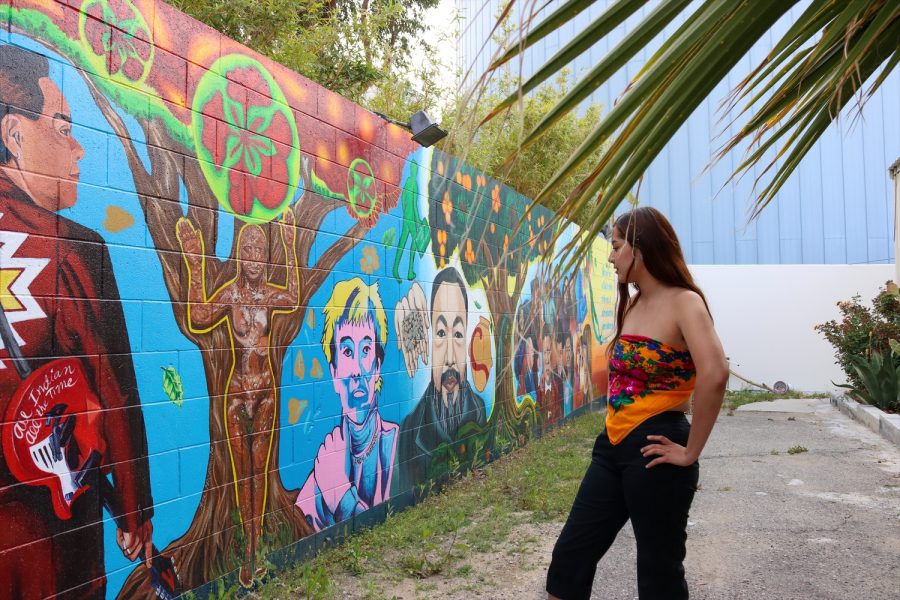 Gallery|7 Photos
Stephanie Barboza admires a cultural mural outside the art studies department at CSUN in Northridge, Calif. on April 18, 2022.