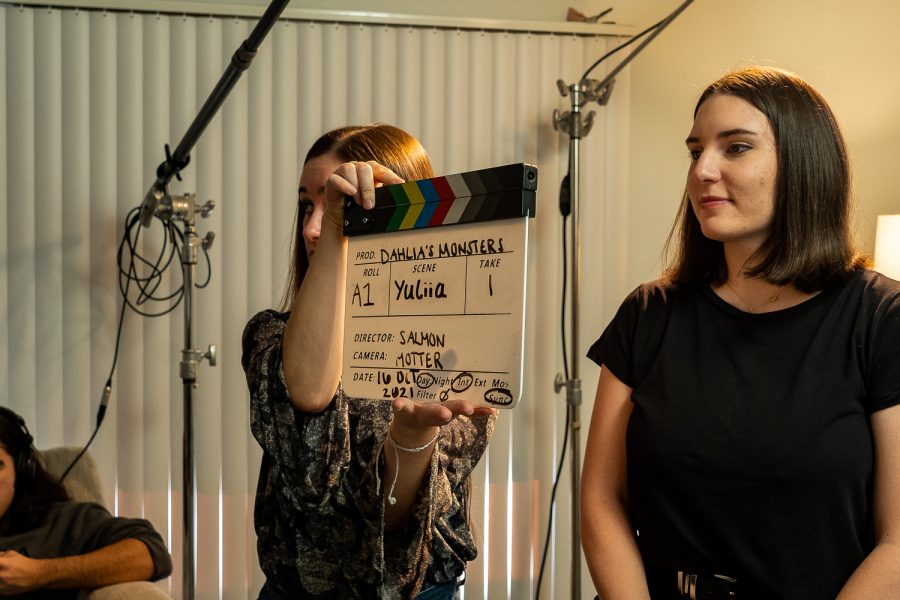 Yuliia Zolina on the set of the student film project “Dahila’s Monster.”

From Ukraine to CSUN, how one student is making it big

Graduation is the mountaintop that everybody strives for at CSUN. Each has their own mountain to climb to reach that summit, but for some that mountain becomes a crucible for their future.

Yuliia Zolina is a 23-year-old CSUN film student from Dnipro, Ukraine, who’s journey has finally landed her at that mountaintop.

When she was 17, Zolina and her family left Ukraine for San Diego after her father was awarded permanent resident status through a lottery. The Donbas region sat only 160 miles from her hometown, and the widespread fighting that had been going on since 2014 — before Russia’s current full-scale invasion — gave her family reason to leave.

Though her father and brother originally came to the U.S. with Zolina and her mother, they eventually returned to Ukraine as Zolina’s father still ran a business there. She FaceTimes her father almost daily at midnight to check in as he and Zolina’s brother are mandated to stay in the country during the current conflict.

Zolina enrolled at San Diego Mesa College when she arrived, but faced the daunting challenge of speaking no English. As she was learning the language, she relied on translator apps for everything, even to translate quiz questions while her professors berated her for using her phone.

Originally a computer science major when she first arrived in the U.S., her passion for film eventually drove her to change her path in school and enroll into the film program at San Diego City College and then transfer to the cinema and television arts school at CSUN.

Zolina’s work on films at CSUN, like “Dahlia’s Monster,” was instrumental to her honing her skills and professionalism in the film industry. Her path also already led her to her first job in the industry as asset ops at Wild Woods Picture and Sound.

“My whole life I’ve been interested in movies and just wanted to be a part of one and behind the camera,” Zolina said. “I didn’t treat any projects here as just student projects and not seriously. I treated it like a business and like [it’s my] job. You can’t make a very professional result if people aren’t 100% involved.” 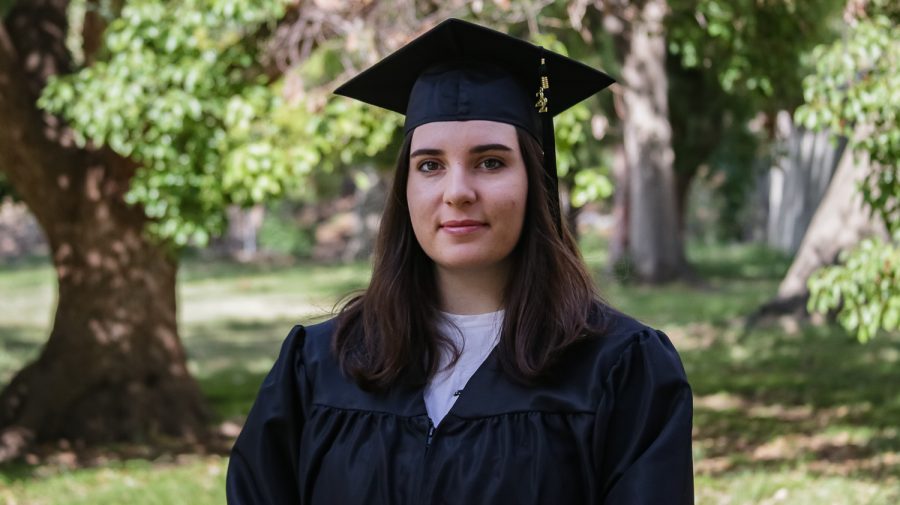 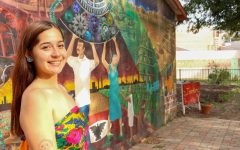